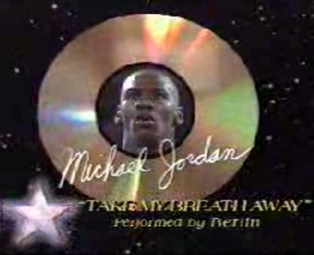 The other night as I was putting together The Slammys, I hopped on YouTube to find the video of that Nuggets/Knicks brawl. And as often happens on YouTube, I ended up watching about 200 videos, of nearly everything but that brawl. I have a friend who doesn’t have TV, so they sit around watching YouTube all night. This post should make their evening.

When I was a kid, my friend Mike had a copy of the NBA Superstars videotape (on VHS, no less). I think his dad bought it somewhere. We spent hours watching that tape over and over and over. We knew every song, every dunk, every edit.

But I forgot most of it. Until the other night. I watched every NBA Superstars video I could find, and they were just as great now as they ever were then. I hope the person at ESPN responsible for their highlights sees this post, because at some point highlights need to go back to just best simply edited, without Photoshop filters and artificial jump cuts and all the crap they use now. The Superstars videos are simply edited, with maybe an occasional flourish in time to a song or something. I wish the NBA would do a retro series of videos now. Or maybe I’m getting old.

Charles Barkley, set to Scandal ft. Patty Smyth’s “The Warrior”
Bang! Bang! In my mind, the greatest NBA highlight film every made. The spirit of the song perfectly matches the way Barkley played, at leaast before he went to Phoenix and started cracking jokes all the time.
FAVORITE PLAY: The tomahawk over Ewing is pretty sweet. Just remember while watching Barkley bull people around that he was just 6-4.

Michael Jordan, set to Berlin’s “Take My Breath Away”
This is an obvious play on the Top Gun hysteria that was sweeping the nation at the time (the song was actually in Top Gun). Interesting that they chose a slow jam for MJ, but it works and it works well.
FAVORITE PLAY: The play where MJ goes past Mike McGee and then splits Tree Rollins and Kevin Willis for the reverse is ridiculous, as is pretty much every highlight on here. But one of my faovrite plays of all-time is on here: Jordan holds on the left wing, ballfakes toward the baseline which makes Cliff Levingston FALL DOWN, then Jordan goes past him and dunks on Tree Rollins. Lots of Hawks getting used on this highlight. Not fun for me as a kid.

Dominique Wilkins, set to Yanni’s “Looking Glass”
This remains the only Yanni song I’ve ever willingly listened to. It works OK on here, but it takes well over a minute to get to the actual highlights. Not my favorite Nique video of all time, because they try to edit this to make seem like a more complete player than he ever was — blocking shots, making crazy passes. Still, some great highlights.
FAVORITE PLAY: Probably the double-pump in traffic against the Clips. There’s also a nice tomahawk over Larry Bird.

Akeem Olajuwon, set to Kool Moe Dee’s “How Ya Like Me Now?”
Akeem before he added the H. Pretty hilarious to see the NBA try to embrace hip-hop back then — they mostly just flash words on the screen (The Dream!).
FAVORITE PLAY: If you’ve never seen a proper turnaround jumper, watch this video. Personally, I love the play where Akeem strips Bill Walton and takes it coast to coast for the dunk. You’ve got to control the ball, Bill! Send it in, Big Fella!

Isiah Thomas, set to Vanessa Williams’ “The Right Stuff”
He’s Mr. Right, alright. It’s funny to watch this video now, when all we think of is Isiah as a bumbling businessman. Don’t forget that he one of the greatest, fastest point guards to ever play.
FAVORITE PLAY: The one where he’s triple-teamed by the Blazers but dribbles out of it and pulls up for the 15-footer. How many point guards in the NBA today can make that play? And yes, I know he hits two buzzer-beaters against the Hawks on here. I’m thinking about Yi Jianlian.

Larry Bird, set to John Mellancamp’s “Small Town”
I understand the music choice here, playing up Bird’s working-man roots. And the video is remarkable, with a lot of gritty, crafty plays. But I always remember Bird more as a guy who nailed clutch shots and made the big baskets, and that gets underplayed here. One of the few flaws on this tape.
FAVORITE PLAY: Where Bird misses the jumper, runs down the rebound and switches hands in midair to hit the runner.

Magic Johnson, set to Janet Jackson’s “Control”
When I was 17, I did what people told me. Great video. Similar to Isiah, in that Magic’s still so active now you kind of forget how ridiculously good Magic was.
FAVORITE PLAY: Nearly every pass on here is a no-look. I can’t pick a winner. Watching this video the other night is kind of what inspired this entire post.

Julius Erving, set to Whitney Houston’s “The Greatest Love Of All”
This was near the end of Dr. J’s career, so the NBA goes straight for the sentimental tip. If this video was SLAM, this would be the Old School feature.
FAVORITE PLAY: The layup against the Lakers. You know which one. Also, the cuffed dunk right on Michael Cooper’s head. Shoot, just check out the picture below on the frozen video.