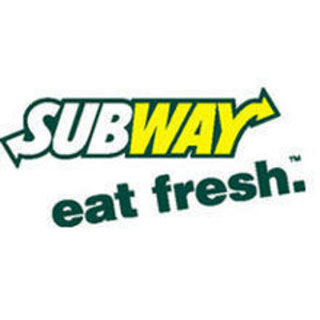 Yeah. So I’m actually in Las Vegas right now, out here for Blogs With Balls 2.0. On the flight out here, I decided that this is going to be Kobe Bryant’s best season ever. I’ll explain why I’m convinced of that in a day or so.

In the meantime, I’ve got a lot of stuff to catch you guys up on.

• The new SLAM cover will debut here on SLAMonline tomorrow, and it’s our 15th anniversary issue. Really? Really. Yeah, SLAM’s turning 15. And I actually taped two podcast appearances last week to talk about SLAM turning 15. Here’s a link to me on the FreeDarko presents Disciples of Clyde podcast, and here’s me with my main man Dan Levy on his On The DL podcast.

I tried not to talk about the same stuff on both shows, but there’s a little overlap. Either way, that’s about two hours worth of podcasts full of SLAM stories and NBA talk to help you waste your day away. Have at it. And thanks to both Dan and the FreeDarko/DOC crew for having me on. Hopefully I’ll be back on both soon enough.

• All you guys who won a copy of Live 10, you should be receiving it soon — EA had a shipping delay but the game will go out to you this week. Thanks.

• One thing you can look out for in the new SLAM is my NBA preview. Two hints: I picked Philly to finish higher than most people are probably expecting. And I’m not as high on the Blazers as most people. For explanations and all the rest, pick up the new SLAM when it drops next week.

• I got some heat (pun intended) last season for talking about how bad a lot of the Heat players were last season. Well, the other day, after the Heat signed Carlos Arroyo, the renovated Supercool Beasley was asked what Arroyo will bring.

“Some of the guys who have been in here — not to downgrade guys, but — (Chalmers) has been a landslide better than them. Carlos can do it all. (Chalmers) not only has somebody to go head to head against, but somebody to look up to and to learn from.”

That means you, Chris Quinn! I like how he threw in the “not to downgrade guys” line, right before he started downgrading guys. Arroyo could help them a lot. But I’m still not convinced that the Heat are a Playoff team. Eboy, where you at?!

• Is the Warriors implosion surprising to anyone? When they managed to shock Dallas a few years ago in the Playoffs, I wrote at the time that I wasn’t trying to ruin things for Warriors fans, but that this was a team that was clearly built for the short term instead of the long haul. And the Warriors fans came out of the woodwork to excoriate me. Now? Well…

I do like, though, that while everything was going nuts the last few days, Stephen Jackson was spotted at the Oakland Zoo.

Probably the only place to get any peace and quiet in G-State.

• I’ve been to a lot of morning shootarounds for NBA teams, and absolutely nothing happens. Well, except for one time in Atlanta, when the Hawks were still playing in the Georgia Dome, and one of the Hawks players at the time commandeered a golf cart and drove it out onto the court and put a big scratch on the corner of the court.

All that happens at the shootarounds is that the players show up around 10 or 11, they literally walk through some plays on the court, the coach reminds them of a few things, they shoot some free throws, and then they leave. Never lasts more than an hour, and never

Anyway, Mike D’Antoni announced that he’s canceling the morning shootarounds for the Knicks this season and instead having the players arrive around 3:00 p.m.

It makes sense for a couple of reasons. One, the Knicks practice in Tarrytown, about an hour outside New York City proper, so most of the players live up there, which meant a lot of driving back and forth on game days. (Isiah used to rent a bunch of hotel rooms across the street from the Garden for the guys to stay in for a few hours.) And B, by going over the same stuff closer to game time, the guys could be more likely to remember the game plan.

The downside, and this could potentially be a huge one, is that I think one of the main reasons for the morning shootarounds was basically to discourage guys from staying out too late the night before. It’s kind of like homework, the busy kind of homework that my pre-algebra teacher used to assign night after night. You don’t want to do it, but you have to do it. D’Antoni is now the cool teacher.

Or maybe he just heard that LeBron hates shootaround.

• You guys know I’m always on the lookout for MuscleWatch™, and I’ve got a few more MuscleWatch™ updates to go. But this Subway diet that Al Jefferson went on has me confused.

First, we need to stop in Boston and take a look at Paul Pierce. Over the summer, Pierce apparently went on an extreme diet. As he told WEEI, “I’ve just changed up my eating habits as far as eating a lot of fish, chicken, vegetables, not as much red meat — almost no red meat — no sodas, not a lot of juice. I drink a lot of water and Gatorade and Powerade.”

Sounds like he was pretty committed, right? And you know how much weight he lost?

Now, let’s zip over to Minnesota, where Big Al Jefferson went on a Subway diet. According to Al, he had either a ham or turkey sandwich from Subway for lunch every single day, and then he had soup or salad for dinner. How much weight did Al lose?

Thirty pounds! By eating a sandwich for lunch every day?

Something sounds fishy to me. Jared must’ve been slipping Al some diet pills in those sandwiches or something.

• That’s all I got. Catch you guys next week after Blogs With Balls 2.0.