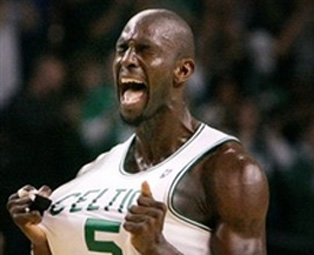 May 22, 1988 was a Sunday, and even though two decades have since passed, it remains one of the most important days of my life.

I assume we went to church that morning, because it was a Sunday in the South and you have to go to church in the morning. My family came home and had our ritual Sunday lunch, and then I remember going out to the TV, turning on the Hawks/Celtics Game 7, and sitting on the floor, riveted, for the next three hours. The Hawks and the Celts were battling in the Eastern Conference Semifinals. The Celts were established as the class of the NBA, but the up-and-coming Hawks were finally developing into a team to be reckoned with. Then there we were, standing toe to toe with the champs and exchanging blows without giving an inch.

The game ended with the Celtics winning, 118-116. Dominique scored 47 points on 19-of-23 shooting, and there was a stretch in the fourth where he and Bird went back and forth, scoring improbable basket after improbable basket. The Hawks lost, both the game and the series, but it almost felt like we’d won. The Hawks had grown up, it seemed, and from now on they’d be in that upper tier of teams like Boston or Los Angeles.

They never did. The Hawks needed to get better after the series loss, so they went out and signed Moses Malone and traded for Reggie Theus, but both guys were past their primes and neither seemed much concerned with playing defense. After that landmark Celtics series, the Hawks lost in the first round the next year. And then in 1989-90, the Hawks didn’t even make the Playoffs. Then this guy named Jordan came along and basically shut down the entire Eastern Conference for the next decade.

That game turned Atlanta into Hawks fans. For the next few years, the Hawks were Atlanta’s number one team. That changed in 1992, when Sid Bream slid across home plate and the Braves set off winning the next 14 consecutive division championships. Meanwhile, the Hawks were competitive for a while, and then they went into rebuilding mode and haven’t been to the Playoff in the last decade. And Atlanta turned their backs on the Hawks.

The last two weeks, the Hawks weren’t supposed to even compete with Boston. But they did, and they managed to push the Celts to seven games in this series. The Celts were presumed to be the team to beat in the East, and when the Hawks won all three games at home, Atlanta got into the Hawks again. As a Hawks fan, it was fun to be back in Atlanta for the games, to see random people in malls and on the street wearing Hawks caps and jerseys.

Today, for Game Seven, nothing went Atlanta’s way. The Hawks won games three, four and six because they attacked the basket, got Boston’s players in foul trouble and went to the free throw line. They started Game Seven attacking but weren’t getting any calls—the Celts were called for one foul in the entire first quarter and didn’t pick up their second foul until there was 6:43 to go in the second quarter. If Boston truly plays defense that cleanly, no wonder Garnett won defensive player of the year. Mike Breen pointed out that referee Bennett Salvatore owns a steakhouse — I’d be interested in eating there, but if the food reflects his refereeing, I think we can assume that the food is cooked on only one side.

At the same time, the Celts were magnificent on offense in Game Seven, moving the ball and finding the open guys, and then knocking down the shots while the Hawks couldn’t hit the broad side of Glen Davis (29 percent from the floor). Boston ran away with it, winning 99-65.

Boston blew out Atlanta today, but the Hawks shouldn’t be embarrassed. They weren’t supposed to be here, but they were. This summer they need to figure out how to keep Josh Smith and Josh Childress, and add a center, and I’d love to see Mike Woodson loosen up next season. If he’s back.

And for Boston, when they’re at home and things are going their way, they can beat any team in the NBA. But when things start going against them, they shrink from the spotlight. They get up by a dozen, they’re rolling. Then they get down and nobody wants to shoot, nobody wants to make the big play. Defensively, they had trouble containing Joe Johnson, who was terrific at taking on the double-teams and finding the open man — so what happens when LeBron James walks through that door? The Hawks showed the world how you beat the Celtics: Drive the ball, get the Celtics in foul trouble and feast on their sub-par bench. Problem was, the Hawks couldn’t follow their own blueprint in Game Seven.

I was going to go to Boston today for Game Seven, but I figured I didn’t need to because: a) If the Hawks won, I could catch them in-person in round two; b) if the Hawks lost they’d probably get blown out, and I wouldn’t want to be there anyway. This game isn’t even over yet, but I think I made the right call by not going. The Hawks lost the game today, but in a weird way it feels like we were the winners in this series. Boston was supposed to win the series, and they did win the series.

But the Hawks sure made it fun.