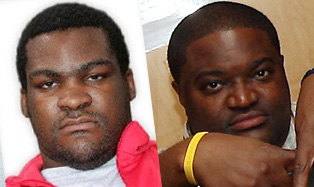 Monday! And I spent the weekend glued to the Olympics. Completely unexpected. I had no plans of getting into the Olympics, and yet I did. More on that in a second. First, a video that’s pretty incredible. Whoever edited this had way too much time on their hands.

Back to the Olympics. I blame my fixation on HDTV. I’ll watch pretty much anything in HDTV, from home and gardening shows to documentaries on military transport. The pictures look so amazing that I’d rather watch “House Hunters International” in HD than watch, I dunno, “Ninja Warrior” in SD.

Someone at NBC read my mind, because they’ve somehow temporarily overloaded my cable system with HD channels for the Olympics. Now, instead of just NBC HD, I’ve got NBC HD, Universal HD, CNBC HD, USA HD and two bonus HD channels for only soccer and basketball. There was such a cornucopia of HD Olympic programming all weekend that I actually utilized the “FAVORITES” button on my remote for easier access.

Did you see the opening ceremonies? Pretty amazing stuff, from the people in printing press to the way they made my man Li Ning fly up over the roof to light the torch. ( I imagined Damon Jones on his couch somewhere dozing in and out of sleep as Li Ning appeared on the screen, and then Damon excitedly perking up and exclaiming, “Hey, I know him! He signed me!”)

I watched Women’s Team Handball for about an hour on Saturday. I still can’t explain anything about the sport, but the Russia/Korea game I watched was great. Last night I watched men’s swimming. And I’m looking forward to watching tennis for the first time in possibly my entire life. Strange how the Olympics do that, isn’t it? We don’t care about these sports for 3 years and 364 days, then the Olympics come around and we’re all agog again.

• Has anyone seen Baby Shaq a.k.a. Sofoklis Schortsianitis this year? He was beast for Greece during the 2004 Games, but now he’s just a beast. I mean, dude has really let himself go, and he hasn’t had a haircut in forever. This wouldn’t be so bad but he looks like he hasn’t had a hairstyle in forever, either. At one point he was thought of as an NBA prospect, but after his 5 minute, 3 foul performance against Spain, maybe not so much anymore.

His photo here looks like my man Sekou Smith ate Shaq. And here you can sort of see him guarding Gasol. Probably right before he fouled him. You know what? Let’s do this old school: Baby Shaq and Sekou Smith. I’m just saying… (I already sent that Sekou for comment, but his reaction was unprintable on a family site such as this.)

• And while we’re at it, I’ve got another Separated At Birth: Wang Zhi Zhi and Ryan Jones’ girl Maggie Gyllenhaal…

• I like how Spain has first names on the back of some of the jerseys. I’m thinking that’s the next step for Team USA, or even nicknames. Who wouldn’t buy a No. 10 Team USA jersey with MAMBA on the back?

• I’ve enjoyed stumbling over some athletes with names that might be considered inappropriate, if taken out of context. For instance, Chinese soccer player Bi. Or British swimmer Tancock. And Sam texted this weekend to point out Japanese volleyball player Takeashita.

• SLAM and TNT have obviously had a good relationship through the years, so I hope I’m not doing anything to harm that by calling this to your attention. Just got that link via Holly and Mutoni. According to Craig Sager, everyone knows he has a fetish for blondes. I didn’t, but I surely do now. And I wish I didn’t.

• Speaking of weirdly inappropriate, there’s also this. Who thought that was a good idea? And who will be the first announcer to accidentally call someone a Chinaman?

• And did anyone else think it was a little odd when NBC/TNT analyst Doug Collins casually mentioned that he’d given a speech to Team USA a few weeks ago? I guess we’re not really worried about conflicts of interest, considering Collins once played for Team USA and his son is an assistant coach. Still…

• Anyone notice during the US/China game how all the Chinese players would bow toward the court whenever they were subbed out?

• My favorite camera shot of the weekend was during the USA/China game, when NBC showed President Bush in the stands, and sitting next to him was Laura Bush, who yawned widely with the camera on her. Even better, sitting behind her was Henry Kissinger, who appeared to be totally asleep.

• I watched the Spain/Greece game (in HD!) because I wanted to see my man Ricky Rubio play, and I thought he did really well. He played 13 minutes, had 1 assist, 1 turnover and 1 block. And I’m pretty sure he was the only 17-year-old on the court. It probably helps Ricky that his coach at Juventud, Aito, is also coaching the Spanish National Team.

• Just thinking over the weekend…considering Team USA still seems to be improperly constructed (Carlos Boozer?), when exactly did Jerry Colangelo become known as an amazing GM? Because he didn’t really win a lot of titles in Phoenix, unless I’m mistaken. If we lose again, maybe we should let Jerry Krause be in charge of the 2012 team.