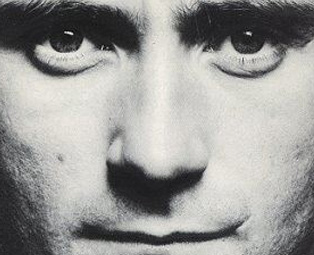 Well, hello there. Even though I’ve been posting nearly every day for the last few weeks (thanks to Team USA), it’s been a minute since I had a chance to assemble a bumper crop of Links. But I’ve been saving some good ones, so I figured we’d just run through a smorgasboard today…

• You crazy commenters gave me a little ribbing about the overload of Ricky Rubio coverage the last few days, and hey, I’m a big boy, I can take it. As I’ve written numerous times, I didn’t “discover” Ricky, and unlike ESPN the Magazine I don’t claim to have discovered him, but I do think SLAM did help bring Ricky to a much larger audience.

Now the rest of the media is catching on, too. Remember how in the story above I compared Ricky to Magic Johnson? Guess who SI’s Alex Wolff decided Ricky reminded him of? Magic Johnson!

Anyway, the truth is I was really interested to see Ricky play against Team USA because it was sort of the ultimate test of his current abilities. I’ve only ever seen him play against other teams in the ACB or in international youth tournaments, so when I was writing about his potential professional career, I basically had to project how I thought his skills would play out against NBA players. I obviously thought he’d be able to hold his own, so to see him actually out there playing against the best the NBA has to offer and more than holding his own, yeah, I was little bit excited.

• Regarding Ricky, I received an interesting email today from Linkstigator Jeremy…

I’ve appreciated the Ricky Rubio coverage and think that you are dead-on about his performance. Besides the intangibles, however, there are more tangible reminders of Rubio’s enormous talent — some of which suggest that, save for mediocre scoring, he is (at least statistically) already the most complete guard in the Olympics, which is staggering for a 17 year old.

If you play around with the complete stats here and look at the per minute numbers rather than the deceptive per game numbers (which penalize Rubio for playing less than some other players), he ranks 7th among 52 guards in rebounds per minute, behind Jason Kidd, D-Wade, Rudy Fernandez and three seldom used subs whose numbers are inflated by their paucity of minutes played.

Ricky ranks tied for second out of 133 overall players in assists per minute (narrowly trailing Chris Paul and tied with Jasikevicius).

In steals he is in a class by himself, with more than 30% more steals per minute than Wade, who ranks second (excluding the numbers of a Lithuanian player who played only three games) and 50% more than any player not named Wade. He’s completely dominated this category.

The only player who can even compare to this sort of all-around performance is Chris Paul, who comes up short of Rubio overall (trailing significantly in rebounds and steals and only narrowly winning in assists), and Paul hasn’t scored any more points per minute than Rubio either.

So by the numbers alone, Rubio looks like the most complete guard in the Olympics. I’m not suggesting that is the case — he’s got a long way to go before he is as good as Chris Paul or some of the other Dream Teamers. But anyone who doesn’t think Rubio should be a top 3 NBA Draft pick whenever he decides to join the league is smoking something.

Thanks, Jeremy. The only flaw I thought of with using these stats to judge Ricky is that as a bench player in these Olympics, he’s mostly playing against reserves from other countries. But then so are Chris Paul and Dwyane Wade.

• Our peeps at Foot Locker asked us to help spread the word about their new site, Foot Locker Unlocked. It’s basically a site where you can go and see new shoes, introduced by Foot Locker’s folk (marketing managers, store managers, etc.) There’s also a gallery of shoes, and the big thing is the Share Your Sole section, where you can upload a video showing your love of kicks and potentially win a trip for two to the All-Star Game in Phoenix in February. Not a bad place to spend a Winter weekend at all. Check that out here.

• I’m still totally into the Olympics. Last night I was up late watching my man on the Nigerian ping pong team pull out a close win. The announcers said that the dude played professional ping pong in France. Maybe we should start a ping pong magazine.

Also, I’ve been trying to keep up, to no avail, with Khalid and his love for gymnastics, both men’s and women’s. Yesterday Khalid and I actually sat here and broke down video of Olga Korbut from the ’72 Games in Munich (via goldenfiddle.com).

If he keeps this up, Khalid’s going to have to change his name to Bela…

• You may remember one year ago here on The Links when we discussed Phil Collins’ remarkable sales numbers. For a musician who hasn’t had a hit in a while, it’s pretty amazing that he’s sold over 150 million albums.

Well, it’s a good thing he did sell that many records, because today it was announced that he is divorcing his third wife and is having to pay her — get this — $46 million dollars! They were married for seven years and had two kids together, so obviously she deserves almost $50 million. So his wife was basically on a 7-year deal worth $7 million a year. Who was his divorce lawyer, Isiah Thomas?

Even crazier is that in his three divorces, Collins has supposedly paid out a total of $84 million! At some point don’t you think he’d learn?

But of course, none of this makes the bass line to Phil’s “Behind The Lines” any less funky. As if anything ever could.

• And finally, Linkstigator Keith sent along this link to Houston mascot Clutch up to some hijinks. Gotta love the kid kicking him in the jewels…

• That’s it for today. I’ll be back tomorrow morning early with a live blog of the USA/Australia game from the Olympic quarterfinals. Later…