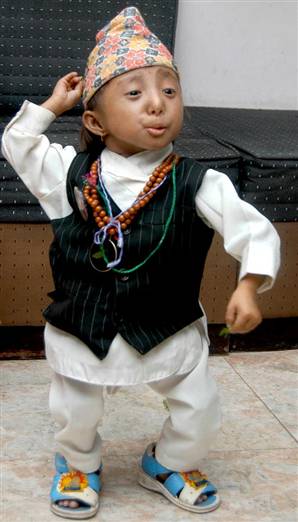 After 15 years of SLAM and I don’t know how many years of NBA TV, I can make an announcement today: SLAM and NBA TV are officially teaming up.

Throughout this NBA season, I’ll be appearing live every Tuesday night at 6:00 p.m. EST on the show “The Beat” to talk about — surprise! — whatever is happening that week on blogs and the internet, as they relate to the NBA.

Cool, huh? I’ll be live via Skype from wherever I happen to be that week, which might be the SLAM Dome, might be a game, might even be from my crib. (Now if I can just convince them to let me wear a hat.)

The guys at NBA TV have asked me to find the most entertaining, interesting stuff out there. Which is where you guys come in: If you see something interesting out there on a blog or on the net, drop me an email. I’ll be able to show videos and scroll through web pages on the air, so if you guys see anything worthwhile, holler at your boy.

(And I’m going to call every blogger I shout out on the air “my main man.” Definitely.)

• I spent the latter half of last week out in Vegas for Blogs With Balls 2.0. This was my first trip to Blogs With Balls, and if you’re a blogger or internet writer or whomever, whether you’re a vet like myself or someone who’s just starting out, I can’t recommend getting to the next Blogs With Balls (probably in early 2010) highly enough. Pretty much everyone who is anyone in the internet sports world was out there, and it was cool to finally get a chance to hang out with people I’ve been reading and emailing and tweeting with for years, from Jamie Mottram to Skeets to A.J. Daulerio. Even your man Marcel Mutoni was out there, and we got to spend a couple of late nights catching up, which is always enjoyable.

BWB was organized by the guys from Hugging Harold Reynolds, and they really did a tremendous job — I’ve been to enough of these things to know that when any little detail is forgotten, it reverberates for the rest of the event. These guys didn’t forget anything.

Either their best or worst idea was asking me to moderate the final keynote panel of the event. The title of the panel was, “INCORPORATING THE WEB ACROSS MULTI-PLATFORMS IN SPORTS MEDIA — How outlets and personalities from TV and print are utilizing the web and social media to maximize exposure and enhance brand.” I admitted during the panel that I didn’t know what this meant, and I still don’t, really. Basically, I just tried to come up with internet-related stuff that all three of my panelists could speak on. And I had three very well-known and very disparate panelists:

1) Jim Bankoff — Jim’s the guy who runs sbnation.com, which recently got a hunk of cash investments, despite the recession — kinda tells you that smart people with money think it’s going to work, huh? Also, Jim helped develop and run Netscape, AOL Instant Messenger, Fanhouse and TMZ.com. So yeah, he knows what he’s doing.

2) Jalen Rose — You guys might have heard of him. Maybe.

3) Rob King — Rob is the editor-in-chief of ESPN.com. Someone had asked me if I was going to challenge Rob to a battle rap, 8 Mile-style. Truth is, though, I don’t beef with any collective of letters. And the night before the panel, I had the chance to hang out with Rob for a while and really enjoyed getting to know him. Even if he is a Phillies fan.

So, a trifecta of established, smart dudes, but not a lot in common: a former player-turned-analyst; an editor-in-chief; someone from the business side. But I think it went well and, hopefully, the people in attendance got something out of the panel. I know I did.

Oh, one funny thing was when I asked about the future of the internet, and Jalen started talking about his fears regarding technology. As Greg Wyshynski noted, Jalen spoke on “agents showing up with shotguns at New York fashion stores, and the invasive dangers of using OnStar to unlock your car.”

The guys from HHR had a huge screen set up in the corner, and if you tweeted anything with the “#bwblv” hashtag, it showed up on the screen in realtime. So while Jalen went on his thing about invasive technology, I surreptitiously snapped a photo of him talking and tweeted it. (BTW, maybe Jalen was on to something!)

Big thanks to the guys from HHR for inviting me out. And I hope to see everyone again at Blogs With Balls 3.0.

• It’s time to check in on Links mascot Mr. Ping Ping, who is being given a run for his money as The World’s Smallest Man. (I love how anytime Ping Ping pops up in the news, I get a slew of emails from you guys. You’re like my little eyes and ears, just like…never mind.)

Just read a short story in the German papers that Ping Ping officialy lost his title as the world’s smallest man alive to a 18 year old guy from Nepal by the name of Khagendra Thapa Magar. He is 56 cm tall (PingPing is 73cm). The family allready filed for the title with the Guiness Book of records some time ago but they would not allow minors to hold the title.

Stunning news, Phildo. According to the Telegraph, Mr. Magar is two feet tall and weighs 10 pounds. His mother described his birth as “like watching a newly hatched chick fresh from a shell.” (His mother!)

Apparently his bid to unseat Mr. Ping Ping is still being validated by Guiness officials. Mr. Magar said, “Once I am named as the world’s smallest man then I can fulfill my dream of visiting the United States of America. I can show off my dancing moves and I can show people how good I am at karate.”

Obviously, as a Mr. Ping Ping supporter, the discovery of Mr. Magar is disturbing news. HOWEVA!, if Mr. Magar makes it to the States, I, too, would very much like to see his dancing moves and see how good he is at karate. Who wouldn’t?

Finally, a couple of NBA news and notes…

• Here’s an unlikely story: The public address announcer in Utah is having a hard time differentiating between three large, bald white men. Hey, maybe they should put HUGE NUMBERS ON THEIR BACKS or something.

• Worth noting: The Miami Heat are spending $10 million on “technology upgrades” and “enhancements.” Yes, they said enhancements.