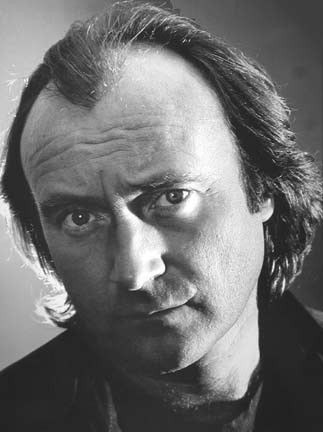 • Watched the Lakers again last night, which was a mistake because Kobe couldn’t make a shot to save his life. Didn’t stop him from shooting, though.

Anyway, I learned something surprising last night while watching the game: Smush Parker has started 153 consecutive games for the Lakers. Kind of crazy, right? (And I like how half the time Stu Lantz calls him “Smoosh” and the other half he calls him “Smush.”)

Then, this morning, I read something else that I found shocking: The rock group Genesis have sold over 150 million albums.

My question is, which is the more surprising accomplishment?

Smush had bounced around the NBA for four years, looking for a home, when he showed up in L.A. and has managed to stay in the lineup ever since. It’s been an impressive, if occasionally underwhelming, run.

Genesis, meanwhile, has been around since the 1960s, and I suppose they been cranking out albums all this time. Most people from our generation don’t remember when Peter Gabriel was their lead singer; We know the Phil Collins era, those unforgettable pop songs like “Invisible Touch” and “Tonight, Tonight, Tonight.” Still, 150 million albums seems like an astronomical amount.

Just throwing that out there. Don’t say you don’t learn nothing here.

• I think my favorite thing about the Lakers games is watching the way they get Kobe the ball. Lamar in particular seems to understand that Kobe should be taking every shot that’s available. There was one play last night where Bynum posted up and Smush dumped the ball in to him. Bynum threw it back out to repost, but as soon as Lamar touched the ball he whipped it around to Kobe and didn’t even look back in at Bynum. That play actually made me laugh out loud.

• In the comments on my post yesterday, a few people said they were upset because I mentioned hanging in a room with five NBA All-Stars but not being able to write what they were talking about. Of course, the only reason those guys let me sit in there was because they knew I wasn’t going to repeat what they said. And if I had printed any of those stories, I’d never get an interview with any of those guys again. The only thing I can say is that some of those stories will eventually be heard by you guys, just not in a way that you’ll know where I got them from.

• My favorite recent entry on ESPN’s Corrections Page is this one concerning Pacman Jones:

In a March 18 story on ESPN TV’s SportsCenter, an anchor lead-in on a Pacman Jones feature reported that Jones flaunted and threw $81,000 at a Las Vegas strip club, where a triple shooting took place later that night. Although that amount was used in some reports after the shooting, more recent reports have indicated the figure was much less. A club employee recently told ESPN.com that Jones had asked the club to have $3,400 converted into single dollar bills.

I like how they justify it by noting that the amount of cash they reported was also reported by other people. Hey, they were only off by $77,600.

Kind of quiet today. Not much news, not much gossip. A few things worth linking to…

• Ben and I used to be addicted to a section they do every Friday in the New York Post with the weekend sports TV listings, because the back page had a lot of sports media gossip by Andrew Marchand. Andrew recently left and went to ESPN Radio, and he passed me this link to a good interview they just did with Patrick Ewing. Now let’s see how long it takes me to convince them to have me on the air.

• I can’t tell you how much I hope the Mavericks sign my main man Kevin Willis.

• Great feature on Josh Smith today, even if it was written by Sekou Smith.

• After reading Danny Fortson’s excuse for missing practice last week, even I’m confused. I like when Fortson said, “You never know, I might have been able to help.” Um, no, Danny, we actually have a pretty good idea.