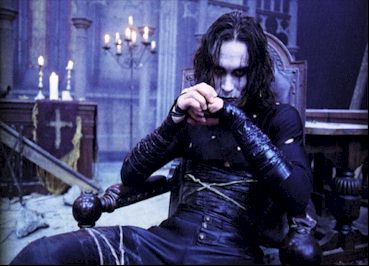 What the hell is happening right now?

And what kind of NBA are we watching when Antoine Walker and Jerry Stackhouse are alleged to be solid second options on Championship-level teams?

When I wrote the other night that there was a very real chance that both ’06 Finalists could be sent home early, I was employing a bit of hyperbole — I didn’t really think that both Dallas and Miami could be sent home during round one of the Playoffs. And of the two teams, I especially didn’t think Dallas would lose. Miami, well, we all knew they had a tough season. And as old as they looked last season on their way to a title, they didn’t do anything to get younger this year, save for giving Jason Kapono a little more burn. Still, I figured after all the injuries they endured (from Shaq to Wade to even Pat Riley) this season, the Champs would find their footing, slow things down enough to turn the American Airlines Arena into a grindhouse and get past whoever they had to play in the first round.

But the Bulls exposed the Heat. Miami wants to play slow? Well, screw you. The running of the Bulls took just four nights to send the Heat back to Star Island for the summer. Miami particularly had no answers for Kirk Hinrich or Luol Deng. It should have been obvious that Pat Riley was regarding Deng lightly when he repeatedly stuck Ancient Walker on him, and Deng repeatedly scorched Walker each trip down the floor.

One of the more impressive things to me was the way the Bulls continually surged at the end of games. The Heat always seemed to start clicking in the second quarter, and the Bulls always seemed to absorb their run and then finish them off in the fourth.

Following the game four loss, Dwyane Wade said, “Last year was a storybook-written year, and this year was the opposite. A lot of bad things went on for us. But one thing I can say, everybody in here kept their head. We stuck together as a team, and that’s all that matters. We’ll always remember what we’ve done together, as a whole, no matter what.”

And now they’ll always remember how the Chicago Bulls whipped their butts.

Together, as a whole, no matter what.

What does that mean right now? Absolutely nothing. Perhaps you’d think that, with such a large sample size available, these tendencies established during the season should hold true during the postseason. You would be wrong. You might also think that the Mavs would be a tough match-up for anyone during the postseason because of their ability to slow things down, play halfcourt basketball and run everything through their most valuable player, Dirk Nowitzki. You would be wrong once again.

The Warriors have officially swagger-jacked the Mavericks. Things were so bad in Dallas this morning that you can read the doom and gloom in Mike Fisher’s game four notes. The only way Dallas could look more dazed and confused on the floor would be if they had Adam Morrison. The Warriors are out there flying around, zipping all over the floor, while Avery stands on the side and shouts instructions that nobody is listening to.

In some ways, even though I was highly critical at the time, I think I understand now why Dallas tried to run with Golden State in game one. Golden State is basically playing read-and-react basketball — they move the ball up the floor, find an open guy and take the shot. No matter where the shot is from, if it’s open they shoot it. Dallas has a bunch of great players, probably a better roster 1 through 12 than the Warriors, so I bet Avery figured if they went small and allowed their guys to play the same style as Golden State, they would end up with better results than the Warriors. But it didn’t work like that. The Mavs were too tied to the way they played for 82 games (taking care of the ball, taking quality shots) to play streetball against the Warriors, and that bit of reticence was why they lost game one. Now the Mavs are back trying to play the way they played all season, but they can’t quite get the handle on it, so they’re almost stuck between two styles of play.

Right now the Mavs are like a kid with over-protective parents who spent one night at a friend’s house, their one friend with the parents who are really liberal. They stayed up late, ate a bunch of junk food, played video games, maybe even snuck out and ran around the neighborhood bashing mailboxes. Then the next morning they had to go back home to their strict parents. They tasted the wild life, probably liked the way it felt, and now they get can’t that experience out of their heads.

(Sort of like what happened to me and Sam on Saturday night in Vegas at All-Star.)

Maybe they need Tony Soprano and Phil Leotardo to come give them a talking to. Dirk really looks lost out there. I’m not sure he even knows the Playoffs have started. Dirk’s not even leading the Mavs in scoring during the Playoffs; that honor goes to Josh Howard. If this keeps up, Dirk’s going to dye his hair black and start wearing mascara this summer.

Besides their hot shooting, another thing that’s working in Golden State’s favor is the extended Playoffs schedule. During the regular season, the Warriors only had one player who played in all 82 games: Andris Biedrins. Baron Davis played in 62, Al Harrington played 42 and Stephen Jackson played 38 (because of a trade, really, but still), Jason Richardson played 51 games and Monta Ellis played 77. This was mostly due to the grind of the NBA season, all the back-to-backs and the constant travel.

But now all the back-to-backs are dunzo, and the Warriors have plenty of time to rest up in between games. After last night’s win, Nellie was even talking about shortening his rotation for the next few games so that he only uses six guys the entire game. Six! And he can get away with it because it’s the Playoffs.

How do you beat the Warriors? Good question. If I was Dallas I’d use my regular starting line-up. I’d tell Terry to walk the ball up the floor and use so much time that you can see grass growing out there. (Maybe not the best metaphor to use for JT.) I’d work the ball inside, try to get Golden State in foul trouble. Then I’d throw a zone defense at them. This seems counter-intuitive to the conventional wisdom that a zone doesn’t work against against shooting, but the Mavericks aren’t getting out to the perimeter fast enough otherwise, and a zone would position their guys closer to the three-point line. (Riley used this earlier with Miami against the Bulls and it was one of the few times the Heat made a run.)

One other thing that has jumped out at me has been the crowd reactions. If you didn’t think home court advantage means something, you should believe by now. Did you hear how quiet those fans were in Miami? How about in comparison to the maniacs in Oakland? Regardless of what the NBA might lead you to believe, the fans still matter.

Final thought here: Now that Baron Davis is wearing a hat with bullets in the hat band, I’m officially calling him Shaft.

• What else is going on? In honor of Man United basically sewing up the EPL this weekend, today I’m wearing my retro Tim Howard Man United goalkeeper jersey that Timmy gave me a few years ago when I was over there to visit him. It’s all black with these silvery things down the sleeves and it makes me feel like Spiderman.

• How about “The Sopranos” last night? Was that one scene disturbing or what? When you hear there’s a pivotal “shower scene,” of all the permutations you can dream of, nothing could top what happened last night.

• If Toronto loses to Jersey, does this give Bryan Colangelo the excuse he needed to dump Sam and bring in Marc Iavaroni?

• Quote of the postseason comes from Andrei Kirilenko: “I will bite a throat for my teammates.”