Links: The Fake State Of The NBA 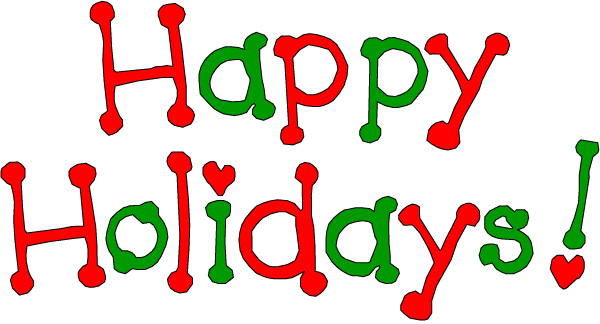 To all NBA owners, executives, coaches, players, team staff and League partners, as well as our new friend, Comrade Prokhorov, I’d like to begin by wishing you and yours the best during this holiday season.

I know the economy has been terrible in 2009, and the global economic meltdown has had a profound affect on many of us. (Not so much on me, though, because all my money is locked away somewhere the feds will never find it.) Attendance seems to be down, and our teams are being forced to be more and more creative to find new, untapped revenue streams. The New Jersey Nets, for instance, have managed to sell sponsorship on pretty everything attached to their franchise. While I ultimately had to cancel the Nets’ plan to allow fans to take turns as head coach in exchange for a nominal $25-per-quarter fee, I applaud their creativity and encourage all of our teams to think similarly outside the box.

As we move into the year 2010, if you’ll indulge me, I’d like to take this opportunity to reflect upon some of our accomplishments over the last decade.

When the 2000’s began, we were coming off the lockout that lasted into 1999. Unlike the way the baseball owners lost a postseason and made all their fans hate their sport as a result of their work stoppage, we were able to complete a shortened season and nearly managed to get the Knicks a championship. I’m still working on that one.

Over the last decade, the Spurs and the Lakers established themselves as the class of the League and made the Western Conference dominant. There was also a brief period there in the middle of the decade when the Pistons were really good; that was weird. More recently, we’ve seen a resurrection of the classic Lakers/Celtics rivalry, which has been exciting for everyone, particularly those of us who don’t have to keep going to Detroit in June for weeks at a time.

The influx of international players into the NBA during this decade is another hallmark of the era. Dirk Nowitzki was the MVP of the 2002 World Championships, and Yao Ming was the first pick in the same year. But perhaps no international player has had the impact that Steve Nash has had. Not only is he a two-time MVP, but… well, OK, that’s about the extent of his impact. Every time I see one of our amazing international athletes sprinting up or down the court, my heart swells with pride. (Also, I hear cash register sound effects in my brain. LOL!)

As you all know, we recently celebrated the 10th anniversary of the WNBA, which has been an unmitigated success, no matter how you look at it.

Quickly moving on, when the NBA’s long-secret research and development invented the internet back in the late ’90s, we had no idea what a fundamental change it would make in the way our sport was covered. While our fans used to have to wait and read updates in their local papers each day, the internet gave everyone instant information and allowed people all over the world to have a voice. For instance, this Whitaker kid over at SLAMonline was a thorn in my side every day for a very long time, joking that I was actually a robot. Very funny… hahahah… does not compute… akjehgfkabegaekljfnal … 011 0111000 00 11111 0010101  101100011 110101011.

Sorry. It was during the last decade that we signed television deals with ABC/ESPN and Turner Sports. At the time, people were very critical of us not signing a major network television deal and instead casting our fates mostly with cable, but it was very obvious that cable was the wave of the future. It was also very obvious that when you’re being offered billions of dollars, you don’t turn it down, regardless who’s doing the offering.

And let’s not forget about the dress code. When we first announced that we were going to require our players to adhere to certain fashion rules, many critics said we were violating the rights of our employees to express themselves. Actually, what we were doing was violating their right to dress like slobs. We now have a League of very professional-looking young men, and the complaints are gone. Except for Rasheed Wallace, who won’t stop texting me and us lobbying me to allow “Tims,” whatever those are.

This isn’t to say the NBA hasn’t had our missteps. In retrospect, the synthetic balls were probably a bad idea. I prefer to remember it as us being ahead of the curve of the Green movement, stressing renewable resources. Then again, we must concede that it was probably a bad idea to switch from the leather ball we’d used for sixty years to a ball that caused cuts to our player’s hands. A really bad idea.

And of course, there was the unfortunate incident in Detroit, when Ron Artest and Stephen Jackson charged into the stands and tragically went buck-wild on those Pistons fans. More recently, the Tim Donaghy scandal shocked and saddened everyone in the NBA family. I can’t speak for us all, but I never would have bet something like that could happen. After an exhaustive investigation, we determined that Donaghy was an isolated, rogue referee. As it turns out, the other referees don’t make bad calls in order to purposefully affect the outcome of games, they just aren’t very good at their jobs.

If I had to select one accomplishment of which I am most proud, it would have to be our establishment of NBA Cares, our global community outreach initiative that addresses important social issues such as education, youth and family development, and health and wellness. Most people know it for our commercials featuring the music of the edgy R&B artist John Legend. (I picked that song myself, BTW.)

Looking forward, I still believe that it’s imperative for us to continue expanding overseas, as well as for us to continue pushing our digital initiatives. With young players like Dwight Howard, Dwyane Wade, Brandon Jennings and Tyreke Evans, the League is in great hands. I’m looking forward to the NCAA continuing to market John Wall for us before he comes to our League next year, and with so many of our teams more competitive than ever, the 2010 Playoffs should be ultra-exciting.

Also, once we make LeBron sign with the Knicks next summer, we’re all gonna be set.

For real, happy holidays to you and yours from all of us here at SLAM. Thanks for making this an amazing decade for all of us, and catch you in 2010!–LW