Links: The New Official Player Of The Links 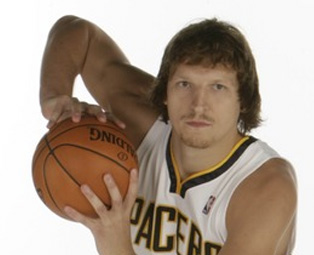 Sam still doesn’t want to talk about this, but I’ll bring it up: Sam’s team, the Mets, choked. It’s probably not the worst choke job in the history of sports, but it’s up there. Waaaay up there. For the last six months, I’ve listened almost daily to Sam’s Mets rhetoric, about how the Mets are the team to beat, about how the Mets are a championship-caliber team, about how David Wright should be the MVP, about how Jose Reyes should be the MVP, blah blah blah. And about six months ago I said something about, “Don’t you guys need pitching?”

Turns out they did.

I’m sort of in mourning today because my Braves announced that Andruw Jones is dunzo in the ATL. I read the stor online last night and, honestly, felt a lump in my throat. Andruw’s been my favorite Braves player for over a decade now, and now he’s gone because his agent wants more money. I’ll still root for him, wherever he ends up, but it hurts to see him leave.

Anyway, all the SLAM people have now seen their favorite baseball teams eliminated, except for Khalid, who is a mercurial Red Sox fan. And with NBA teams reporting to camp and starting practice, it’s time for The Links to be resurrected, to come to life once again with power and fury, like the Marlins against traitor Tom Glavine in the first inning on Sunday.

So, I’ll be here with you five days a week from now until July. (Well, mostly five days a week. Except if I’m traveling or too busy or whatever.) Either way, my goal is to post at least five times a week.

Lots to get to today…

• It’s on the homepage, but today we posted this statement of solidarity with the Jena 6. A bunch of people from the sports world, from Joakim Noah to Scott Fujita to Dr. John Carlos were willing to lend their names to this cause. SLAM columnist Dave Zirin initially contacted me about a week ago, and I told him we’d love to post it on SLAMonline. Not much else to say about it — I think it speaks for itself.

• One of the people involved in the Jena 6 stuff from the beginning has been Wizards center and SLAMonline columnist Etan Thomas (who wrote this great take on things a few weeks ago). Then, yesterday, word broke that while undergoing a routine physical, doctors found a “cardiac irregularity” with Etan and as far as I know he has not, as yet, been cleared to play basketball.

That’s really all I know about the situation. I exchanged text messages with Etan this morning, just letting him know that the SLAM fam was thinking about him and hoping for the best, and he said he appreciated it. I’d never even spoken to Etan a year ago at this time, but then we got connected and since he’s been doing his columns for us, we’ve gotten to know each other pretty well. When he writes a piece (and he actually does sit down and write it out — not dictate it or do an “as told to” column) he emails it to me, and I edit them and post to the site, so we email and text message back and forth to keep in touch. Agree or disagree with Etan’s opinions — and even I don’t agree with everything Etan writes — I respect him for having opinions and not being afraid to say what he thinks. We need more people like him in sports.

Hang in there, big guy.

• Is Brett Favre the Steve Nash of the NFL? Aging white guys beloved by the media who both found wild success later in the careers with their second franchises…although Nash never was addicted to painkillers, at least not that I know about.

• One thing about this Isiah trial that I thought about today…wonder what Marv Albert thinks about all this? And as with all things New York, Andrea Peyser gets the last word.

• Finally, we need a new official player of The Links, and I think I found him yesterday. I was flipping through funny pictures to put together this post, and I came across this photo.

Until the exact moment I clicked on that link, I’d never heard of Lukasz Obrzut. (Though I respect his gangsta, with the two “z”s in his name and wearing the strange number 48.) I figured he must have been some sort of European prospect the Pacers uncovered overseas, so I googled him and found out dude played at Kentucky the last few years. What’s really strange is that he’s not even listed on the Pacers roster. Maybe he just showed up at camp and they let him in because he’s seven feet? I also found out here that he’s known as “Woo,” which I thought was just a bad Jada Pinkett film.

Still, my favorite thing about his is his haircut, which appears to be inspired by Randy Quaid’s Amish bowler in the underrated Kingpin. (And for some reason yesterday, everyone in the comments said Lukasz looks like me, which is patently racist: All white guys with facial hair look alike? I’ve been told I look like various people, but my favorite lookalike for me is former BET host Donnie Simpson, who allegedly has the same smile as I do.)

Anyway, let’s all root for Lukasz to make the Pacers. We need him as much as he needs us.