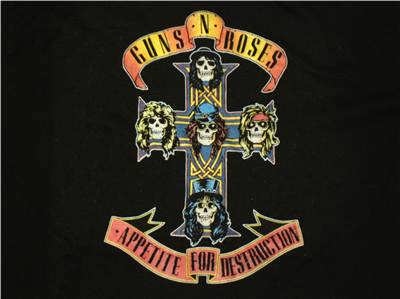 First of all, congrats to Sam Mitchell, the NBA’s most improbable Coach of the Year, maybe of all time. There was a reason the players in the NBA picked him the League’s worst coach last season: For about two seasons, the Raptors ran only one play, over and over and over, the result almost always being a jump shot from the corner.

But give the man a bunch of international players and look what happens! He develops an offensive philosophy, runs varied offensive sets and turns the Raptors into a division champ. Congrats, Sam. Now give us some wacky quotes!

And now Colangelo can’t just go out and hire Marc Iavaroni away from Phoenix without looking like a chump.

• We were talking about this in the office this morning and I allowed that I’d rather have Sam Mitchell coaching the Hawks than Mike Woodson.

But if I was actually running the Hawks, I already know who I’d bring in to change the franchise:

• Since I knew I was supposed to have jury duty this week, I picked up a few books over the weekend. The best one I bought is a slender humor book called Ant Farm: And Other Desperate Situations. I had to put it away on the subway because it was making me laugh out loud repeatedly, and hardly anything makes me laugh out loud.

• Dikembe Mutombo might be able to build hospitals in Africa and sit with the First Lady during the State of the Union address, but he better not meddle with Eva and Tony’s honeymoon. He might find himself in a world of trouble if he interrupts that.

• In one of my posts from over the weekend, a commenter accused me of hating on the Warriors. Normally I take all the comments with an entire shaker of salt — Someone else said I’m giving the Mavs too much credit; I’m sorry, didn’t they win 67 games this season? — but this one got me thinking.

And you know what? I think I am hating on the Warriors. I understand that they’re exciting to watch and they employ what could loosely be called a “free” style of basketball, but what else are they giving me? Defense? Nope. A creative offensive scheme? Nope. A powerful inside-out game? Nope.

The Warriors play buck-wild basketball. This is what they do, and they do it very well. They’re kind of like the Suns without a plan or a center. Right now they’re the feel-good story of the NBA, a Disney movie (except for Stephen Jackson) waiting to happen.

Also, I don’t really like what Golden State is doing, because as I wrote the other day, there’s a certain feeling of fatalism to watching the Warriors play right now. They’re not building something for the long term, they’re not developing their young guys, they’re just trying to win that game on that night.

Which is what basketball is supposed to be about, right? In a way, but the NBA is almost as much about today as it is about tomorrow, and the “tomorrow” for the Warriors is cloudy. The way they’re constructed now, nobody expects the Warriors to win, so happening upon a win is like found money. And if they lose, they can always say, Well, we’re just doing the best with what we have.

Did the Warriors outplay the Mavs in Game One? Sure. Did the Mavs play as well as they played all season? Not even close. The Mavs were the best team in the NBA this year, playing a specific style of basketball. For some reason Avery Johnson decided to change that style for the first game against Golden State. As Mike Fisher points out, the Mavs started their small line-up four times all year, then decided to bring it out against on Sunday night. And it blew up in their face. (It also didn’t help that the Mavs shot 35-percent from the floor for the game.)

The Warriors did their part, scoring 97 points and creating havoc everywhere they went. While I appreciate the Warriors going 9-1 down the stretch and making an improbable trip to the postseason, it doesn’t mean I have to cheer for them. I picked the Mavericks to win it all, both before the season started and in the current issue of the magazine, so I’d like to see the Mavericks win it all.

If this makes me a hater, so be it. But just because the Warriors are fun to watch doesn’t mean I have to have warm fuzzies for them.