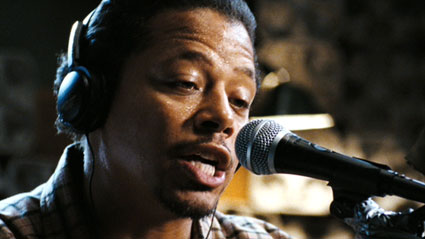 After writing posts all week and at all hours, I think I’ve figured out how The Links should cover the Playoffs. During the day I’ll post occasional things, probably relating to general NBA news. At night I’ve been posting a few quick notes and thoughts on the games that just happened, but to me the greatest stuff about those posts has been the comments. Last night I posted something before I went to bed, and I woke up a few hours later and there were already about 30 comments. So no matter what else I do during the Playoffs, I’m going to make a supreme effort to create a post each night with a few hastily written topics for you guys to chew on. And then you guys can do your thing and get your comments on. And in the more conventional daylight hours, all the SLAM writers will post their more measured game notes.

Tonight I watched all of Detroit/Orlando (except for a 30-minute break for the season finale of 30 Rock), a little of Houston-Utah and all of Lakers/Suns.

• I find myself feeling almost sorry for the Orlando Magic. They’ve got a lot of good players, but the more I watch them play, the more I realize what a strange team they have. Their coach won’t let them run the ball or shoot from the outside. Their offense is such that for some reason Hedo Turkoglu seems to take all the shots, and their best player, Dwight Howard, is still too young to have much of a low-post game. I’d like to see them win just one game in the series for the sake of Grant Hill, but I don’t think that’s going to happen, because…

• Right now the Pistons are locked in, and with the Suns losing and the Mavs kind of stumbling along against Golden State, the two best teams in the Playoffs might be…from the East? Yes, Detroit and Chicago both look like they could beat anyone. And of those two teams, Detroit is probably the more talented team, though Chicago plays with more hustle.

• Watching the Pistons run their halfcourt offense is a thing of beauty. They run different sets almost every possession, attack from different places on the floor, use the clock correctly, share the ball…it’s enough to warm a basketball nerd’s heart.

• Does anyone else miss the days when all you had to be was 6-8 and foreign and you’d automatically get your own Chad Ford column and be mentioned as a top Draft prospect?

• The sound effects guy in Orlando really needs to chill. They play constant banging and clapping sound effects throughout the game.

• Loved the play when Turkoglu drove baseline and had his shot swatted by Rasheed, and as the ball bounced out to the three point line, you could hear Sheed yell, “Get that sh*t out of there.”

• The more I watch Brian Hill coach, the more I think Orlando needs a new coach. Hill just seems so stodgy and stiff, and the Magic have a lot of young, athletic players.

• I also got to thinking about how the Magic could improve in the offseason, when they’re going to have a bunch of cap money. I’d say they try to talk Grant Hill into returning, throw a lot of money at Rashard Lewis and then upgrade at the point guard position. Only problem is that the Magic don’t have a first round pick this year and there’s no great young point guards out there (at least ones without gun charges), so unless they can trade into the first round it might be a long summer.

• During the post game interview with Tayshaun Prince, he awkwardly used the phrase “jump street” a few times. Marv followed it up by mentioned how he and Steve Kerr had eaten lunch at Jump Street earlier in the day. Kerr ad libbed praise for the chicken sandwich.

• Caught a bit of that Houston/Utah game and the Rockets looked horrible. Later I saw the box score and saw that only four Rockets players managed to score. It’s like Brian Hill was their coach. Made me glad I didn’t watch more of this game.

• Sam Cassell was surprisingly bad in the studio for TNT. He seemed really uncomfortable, and the TNT guys had to pepper him with questions just to get him to interact. Plus he was all hunched over the desk. Shocking, really, because he never shuts up on the floor.

• The Lakers have a lot of guys at the same positions who are half-good at their jobs. At the point, Smush Parker is often listless and can’t hit an open jumper; Farmar can make the jumpers but can’t stick with Steve Nash. At center, Andrew Bynum doesn’t understand spacing or team defense; Kwame Brown couldn’t catch a ball if it was made out of glue. At forward, Luke Walton cant get off the floor; Mo Evans can’t stay on the floor. If they could somehow combine those pairs of guys they’d have a heckuva team.

• I love that Phil Jackson showed the Lakers Hustle and Flow before the series to get them fired up. Wonder if Kobe had ever heard of it. And I really love that Phil told the reporters, “It’s hard out here for a pimp.” Word, homey.

• Kwame! Not sure what Phil did at halftime, but Kwame came out smoking in the second half and finished with 19 points. But the biggest swing in this game was Lamar and Marion. Lamar went for 18 and 16, and Marion played 44 minutes but finished with just 10 points.

• Remembered a funny Barbosa story tonight that I wasn’t able to fit into the Barbosa feature I wrote a few months ago in SLAM. One of the Suns players told me that during a game earlier this season, Barbosa got hammered on by LeBron. The Suns players were kind of laughing about it afterwards in the locker room, and Barbosa ran in all excited and said, “Turn on the TV! I might be on the Sporting Center tonight!”

• Why is Doug Collins blond? Has anyone figured that out yet?

• The Suns never could get on track in the second half. It wasn’t like the Lakers were playing perfectly, but the Suns were throwing balls away, taking bad shots, not moving it around. It was really illustrative of how fragile team chemistry can be in the NBA.

• Thought it was odd that Mike D’Antoni got mad at Smush for trying to dunk up 6 as the clock ran out, considering the Suns were still shooting threes up 25 in the second half of Game Two.