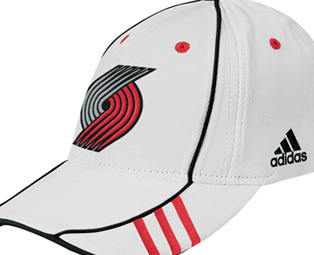 First of all, I never thought I’d see the day something called “The Kobe Video” would be leaked on the internet and it would be only about basketball.

Now, here’s a few things I learned this morning about new Sacramento Kings coach Reggie Theus, thanks mostly to the official website of Reggie Theus:

• He hosted “various talk shows” in Orlando, Atlanta and Sacramento.

• Theus was one of the original panelists on “The Best Damn Sports Show Period.” Really, he paved the way for guys like John Salley and Rob Dibble.

I wonder if the Kings hiring Theus has anything to do with the Kings possibly moving to Vegas down the road? If there’s one guy in the world with ties to the Kings and Vegas (Theus played at UNLV and his number is retired there), it’s Theus.

Speaking of the Hawks, GM Billy Knight apparently doesn’t know who Britney Spears is. And you wonder why teams have trouble connecting to the younger players and the fans. I do wish BK would shave his head, though.

Anyway, on to the free stuff that I promised you kids yesterday…

Our friends at adidas sent me a box of the official NBA Draft hats that the players will wear on stage after they are picked. We’ve got the hats for every team except Toronto. (Because we hate Canada — kidding! Actually, they don’t have a pick this year).

So, actually we’ve got 29 hats, which are one size fits all. And you can win all of ’em.

Also, if you win and you look really old and you put on the Blazers hat, you might look like Greg Oden.

How do you win them? In the comments section below, just give me the name of the player you think will be the 30th pick in the Draft, the last guy taken in the first round, the final guy given a guaranteed contract. The Sixers currently own the pick. If more than one person gets the name right, I’ll draw a winning name out of one of the hats.

Also, if the Hawks draft Yi Jianlian, I’ll throw an extra Hawks hat — mine! — into the deal.