Hey, anyone realize that we’re just days away from NBA training camps beginning? Great, right? I like watching football and baseball, but I’m ready for the NBA to come storming back. And as bad as some of the NBA announcers are, they are nowhere near as bad as Mike Golic, Mike Greenberg and Steve Young were on Monday Night Football earlier this week. Golic and Young both seemed to be getting paid by the word, and they talked and talked and talked. When one stopped, the other started. Golic was particularly egregious about talking non-stop. Hey Golic, I know you played in the NFL for 9 seasons. That is commendable, and I’m sure you know much more about the NFL than I do. But at the same time, that Steve Young guy? I think he might know a little more than you do. At one point I actually yelled at the TV: “Please stop talking!” But it didn’t work. They kept talking. So I turned the volume off. Eventually, I started playing FIFA 09.

Which is a terribly awkward segue into today’s contest…

Our friends at EA Sports have collaborated with us on this one. Each year in SLAM presents KICKS — which is available on newsstands now! — we run a contest called Kicksology. It’s that series of photos we run across the bottom of the pages in the front of the book, where we ask you guys to write in and match the shoes with the athlete who wore them.

In the same vein, I’ve posted a photograph below with ten different player’s shoes. These photos are actual screenshots from NBA Live 10. The realism is perfect. Now, can you tell me which player is in each photo?

How do you enter? EMAIL ME WITH YOUR LIST. I’m turning off the comments here so that some of you bozos don’t ruin it for everyone else. You can enter ONCE. If you email me more than once, I’ll delete all your emails. You’ve got until Friday at noon EST to enter, at which point this post will self-destruct.

What do you win? The first 10 people to email me with the correct list of shoes get a copy of Live 10 — um, once it comes out — for the platform of your choice. 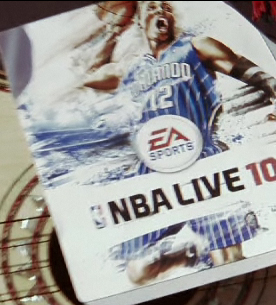 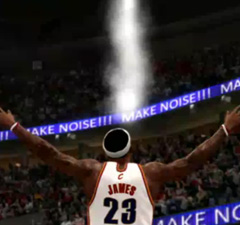 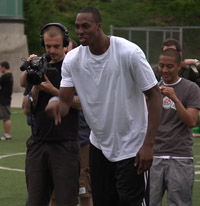