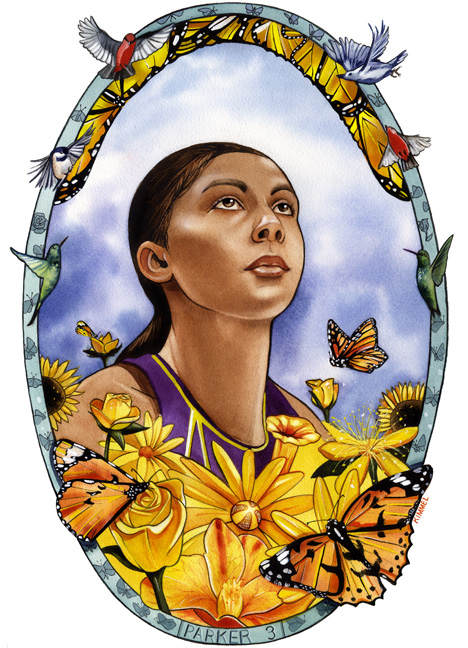 What, you have questions about the NBA? Sure, so let’s talk about energy and off-shore drilling. See, in my state, we…

Actually, I was going to do a thorough breakdown of The Pedowitz Report, but I couldn’t finish it today; Monday we’ll comb through that in The Pedowitz Retort. It’s entertaining, amazing and occasionally hilarious.

Instead, let’s check in on Muscle Watch 08!

Rajon Rondo added a measly 7 pounds of muscle this summer.

Other than that, nothing. So far, Ronnie Brewer is still in the lead, with an amazing alleged 25 pound gain.

Anyway, lots going on around the NBA. Let’s hit The Links…

QUOTES OF THE DAY
“I guess it’s good to have goals.” — Phil Jackson, when told Andrew Bynum plans on being an All-Star this season.

“I don’t think people understand how good of a shot-blocker Joel Anthony is.”  — Marcus Banks. No, Marcus, we know exactly how good he is. Or isn’t.

“He’s not in shape. Lamar’s not ready to play. That’s a conditioning thing that still has to be found, but they’re starting to find their conditioning little by little … In our exit meetings with Lamar [in June], we talked about the fact that he hasn’t had an opportunity to work on his body in the off-season for the last three or four years. This was really an opportunity for him to strengthen his shoulder and do some things that were going to help him in a pivotal year for him. Not only for him, but for us.” — Phil Jackson, motivating.

THE LINKS…
• The Heat are so desperate at the point that they’re about to sign a point guard with one leg. And this will be considered an upgrade over the guys they already have under contract. Chris Quinn must be loving life right about now.

• I have not yet completed The Pedowitz Report but you can download the whole thing as a PDF here.

• So not only does the Oklahoma City Thunder have the worst logo and most disappointing uniform in the NBA, but thanks to the Thunder, the Warriors had to fire their mascot. I don’t altogether understand this — couldn’t the Warriors have just changed the name of their mascot? — but either way, let’s all blame Clay Bennett.

• Ryan Jones passed along this link and suggested that Joe Kinnear take over the Knicks. Fantastic interview.

“In a signature moment of a promising week, Jared Jeffries elevated and slapped away a layup attempt by Stephon Marbury late Thursday. The play exemplified Jeffries’s rise in the Knicks’ lineup, but it also ended his training camp, and his bid for a starting job.”

And Jeffries cracking his leg on the play is about as exemplary of the Knicks franchise and Jeffries’ career as I could imagine.

• Speaking of the Knicks, so they have this guy who’s is definitely talented, but he’s overpaid, gets in trouble off the court, is reported to be a bad teammate, has been mentioned in trade rumors and he gets crapped on by the local media, yet he’s still a member of the Knicks.

So I don’t get why everyone is only talking about Starbury being an issue when Zach Randolph, as I described him above, is still on the team?

• Spencer “Big Baby” Hawes decided to give in and he finally finished the running test everyone else on the Kings had to do. Reggie Theus threatened to put him in detention with Anthony Anderson.

• I hate to do this, I really do, but the stories coming out of Minnesota need to be addressed. There’s excitement! Optimism! Hope!

“I like what I’ve seen so far, and we haven’t even thrown Big Al in the mix so far. I’m telling you right now: If we keep this core together, the future is really bright for this team.”

Yeah, Mike! Throw Al Jefferson into the mix…and watch Kevin Love go to the bench because they play the same position!

• A positive report on one of my darkhorse teams, the Charlotte BETcats.

• Finally, it’s WNBA Friday! Our man Joel Kimmel emerged from nowhere with this one:

I joked about doing it before, but I actually painted a portrait of Candace Parker. I wanted to paint a woman for once after painting so many basketball men for such a long time. And, I’ll admit, I started to pay attention a bit to the WNBA this season and even attended a couple games (which were really exciting and incredibly inexpensive). I used to poke fun at the league now and then, as a lot of people do, but I’ve noticed there are some serious ballers in the WNBA. Candace Parker seems to have helped bring some attention to the league and in doing so she has shed some light on the women’s game which seems to be improving.

I know it’s a pretty picture, not really manly or anything (lots of birds, flowers and butterflies), but with the same idea as my Brandon Roy piece from a while back it shows what seems to be a flourishing league with Candace Parker as their marquee player.

I don’t know if you want to post this, as it is WNBA related, but if you’d like to I’d be happy to see in online. I’ve been busy putting a book together lately of 31 portraits from the NBA Friday series. I think I told you about that a while back, or at least that I was thinking about doing it. I’ve received a couple in the mail from the publishing place and they look great, so I’ll let you know when they go up for sale online so you can check it out and maybe encourage SLAMonline readers to buy two copies each!

Sounds great, Joel. I’m in for a copy. And here’s Candace below. (Calm down Khalid.) Have a great weekend everyone, and catch you all on Monday…