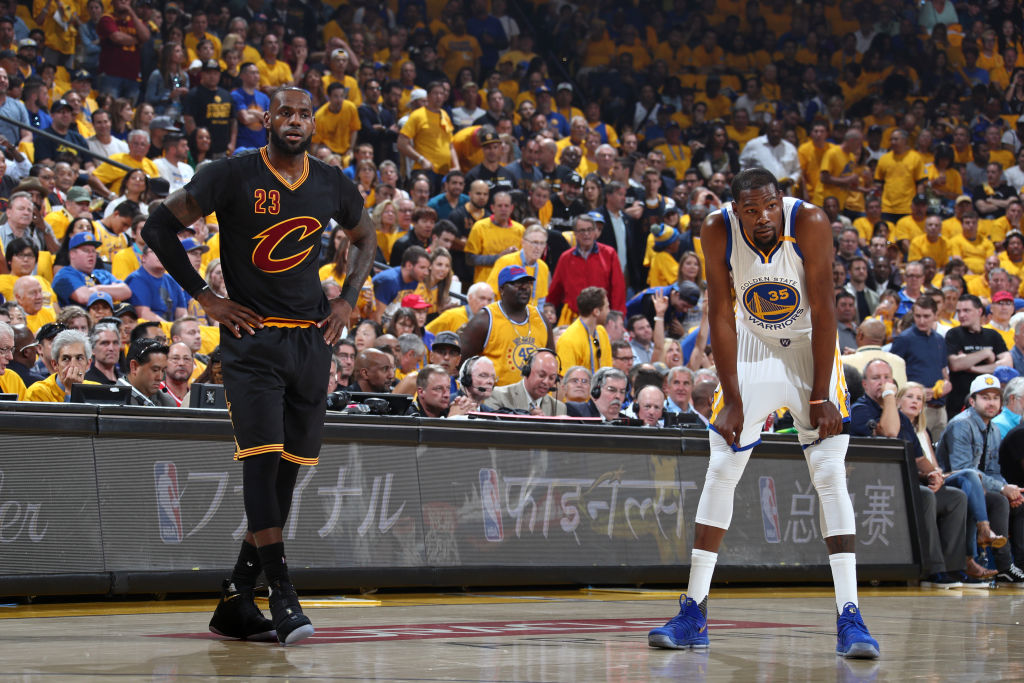 Six years ago, during the NBA lockout, LeBron James and Kevin Durant headed to the booth.

A snippet of the once-secret freestyle has inevitably leaded onto the web.

The two superstars are now waging war in the NBA Finals, with KD holding a commanding 2-0 series lead against his good friend.

That’s been quite evident through two games. Durant leads all players with 71 points the first two games — six more than the player he replaced in the lineup, Harrison Barnes, scored in seven games a year ago.

“They play well at home,” Cavs coach Tyronn Lue said. “They won their first two games like they’re supposed to. Coming to a tough environment, we knew it was going to be tough, but they won the first two games. We get a chance to go home now to our home crowd where we play well, also.”