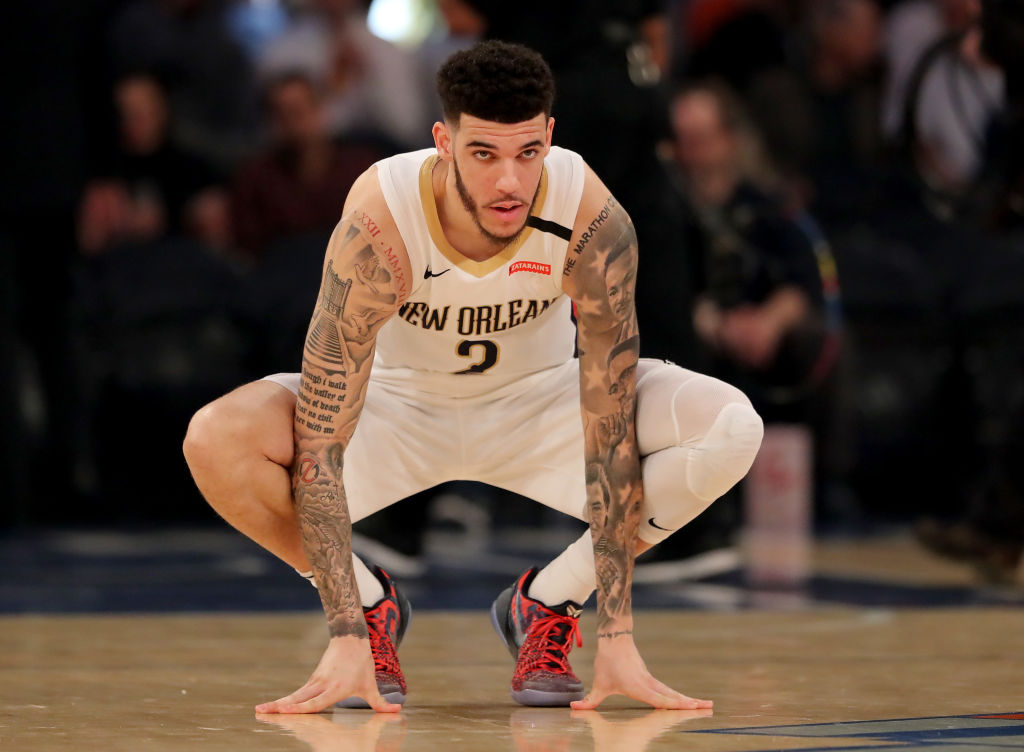 At 21-21, the New York Knicks are in line to have their best season since 2012-13, the last time they were in the playoffs. A time that was actually so long ago, both Carmelo Anthony and Amar’e Stoudemire were superstars in the Big Apple, Jason Kidd was a player instead of a coach and Kenyon Martin was in the league instead of his son.

Due to the Knicks’ newfound success, they’re regaining their status as an attractive destination for players and at a perfect time too.

With the trade deadline (Mar. 25), less than a week away, New York is trying to resolve their point guard conundrum and find a lead playmaker.

While many have reported that Charlotte Hornets guard Terry Rozier and Houston Rockets guard Victor Oladipo are high on the Knicks’ wish list, the nature of trade season often presents multiple options for teams looking to revamp their roster and that continues to be the case this season.

According to the New York Post’s Marc Berman, New Orleans Pelicans point guard Lonzo Ball is one such option, as the eldest Ball brother would not only end their search for a playmaking guard but has a mutual interest in joining the Knicks:

The Post has learned the Knicks, with plenty of cap room, would be heavily on Ball’s radar as a restricted free agent.

It’s no surprise Ball would consider the Knicks an attractive destination. His father, LaVar Ball, wanted the Knicks to find a way to draft his point-guard son, LaMelo, the favorite for Rookie of the Year who also wound up in a smallish market with Charlotte.

Ball is having a career season with the Pelicans in 2020-21, averaging 14.2 points, 5.6 assists, 4.2 rebounds and 1.3 steals per game. He’s improved his shooting to career-bests, hitting .385 percent of his three-pointers and holding a .562 true shooting percentage.

Currently on the final season of his rookie contract, Ball and the Pelicans failed to reach an agreement on a contract extension prior to the start of teh 2020-21 season.

As a result, he’ll be a restricted free agent this offseason.