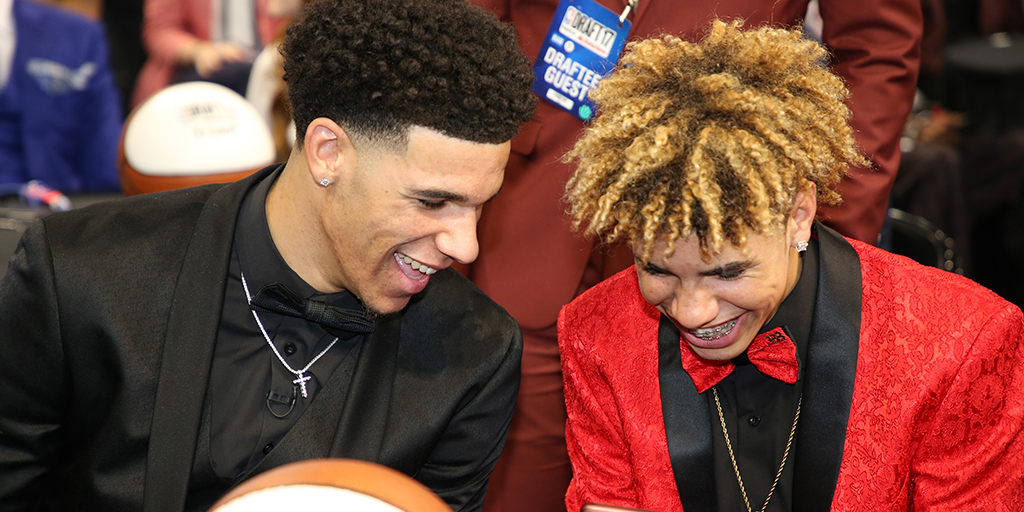 It was a good day for the Big Baller Brand. Lonzo was in knockout play of the Vegas Summer League and his little brother LaMelo was getting started in the live period of the AAU circuit. Both brothers won and both dropped triple doubles in the process.

Against the Cavs, Lonzo followed up his absurd 36-point showing against Philly with an easy triple double against the Cavs. The 6-6 point guard finished with 16 points, 12 assists, and 10 rebounds to let the Lakers live another day in playoff play. Oh, he was also rocking the ‘Nightlife’ Harden 1 one day after he wore Kobes.

LaMelo, on the other hand, went to work on the AAU circuit with his Big Ballers AAU squad. LaVar was running the show on the sidelines and witnessed his son drop 36 points, 14 assists, ‎and 10 boards in a win over the SoCal All-Stars while also wearing Harden 1s. Not a slouch by any means, SCA has alumni including Kevin Love, Brandon Jennings, Delon Wright, Renardo Sidney (was No. 1 in the Class of ’09 for a while), etc. Melo made some outstanding passes with both hands, drilled a number of deep 3-pointers, and made some near full court passes that would have made his big bro proud.