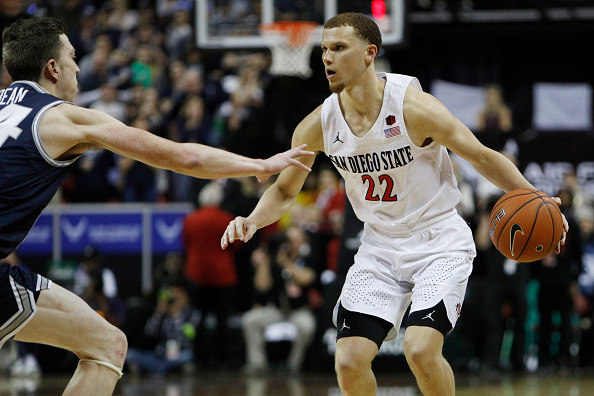 The Los Angeles Lakers are the reigning NBA champions but, despite having LeBron James and Anthony Davis leading them, aren’t positioned for long-term success in the way you would.

This is, in part, because LeBron will be turning 36-years-old shortly after the start of the 2020-21 season. It’s also because every single rotation player the Lakers had last season outside of LeBron is currently set to become a free agent by 2021.

There’s a definite possibility that they’re simply trying to position themselves to make a splash free agent signing in 2021 though, as that’s the offseason that will see the contracts of players like Giannis Antetokounmpo expire. Even without making a single blockbuster move, they would have the financial flexibility needed to reassemble a championship-level roster.

That said, the Lakers do have a first-round pick in the 2020 NBA Draft that will aid them in both maintaining financial flexibility and adding young legs to an older team.

Adding youth to the roster with such a short turnaround between the 2020 NBA Finals and the 2020-21 season will be necessary, as older players like LeBron and Rajon Rondo may take games off early in the season for load management.

However, Los Angeles doesn’t need a prospect that plays any particular position, so they can enter draft night with a ‘best player available’ mentality and be better off for it. On a team with James as the centerpiece though, adding a prospect that thrives as a 3-point specialist, perimeter defender or shot-creator would be the best fit.