‘It Was a Lot for Me to Figure Out’: Kyrie Irving on Playing With LeBron James 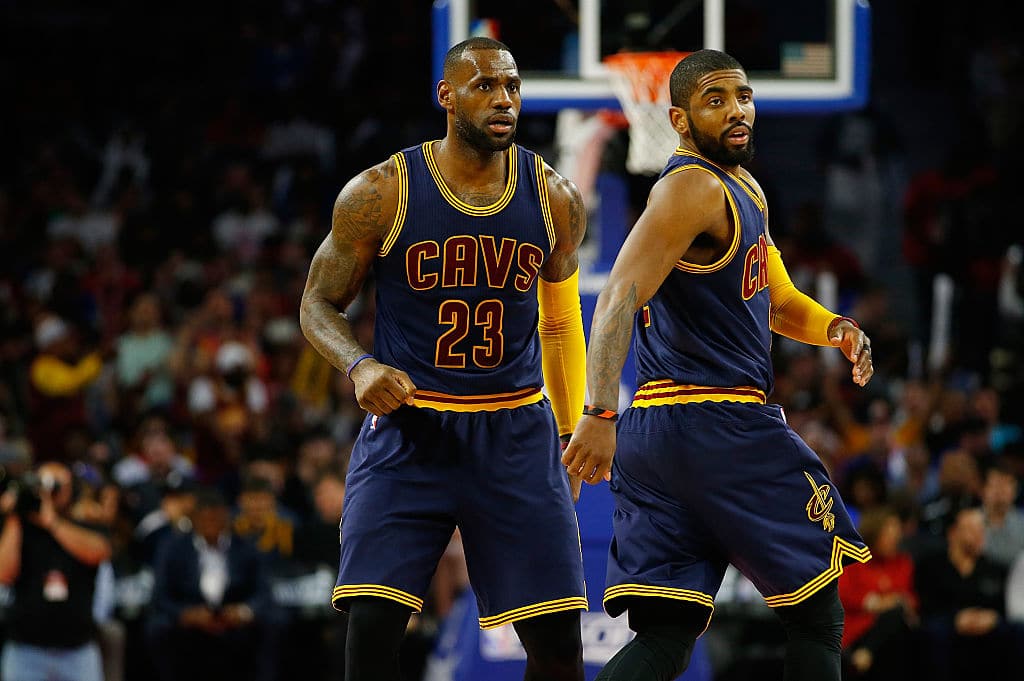 Despite all of their success together in Cleveland, Irving eventually decided to forge his own path by forcing a trade from the Cavs.

New story: Halfway through the season, do we know if the Lakers have a true No. 2 option? I spoke to all the guys auditioning for that role about it. A deep dive. https://t.co/PclURqaT05

LeBron currently doesn’t have a true co-star in Los Angeles, as various young Lakers vie for the role of the No. 2 option.

“It’s definitely a challenge,” Irving told ESPN when asked about playing alongside James. “You now become part of a championship-caliber team based on a unique talent. LeBron is so smart, so talented, such a strong leader. And you’re trying to implement who you are, and grow as a player and learn every single day. And it can be difficult because it demands a lot of you.

“Certain times young players — and even older ones — find it a big transition, because you’re playing a certain way, and growing as a player, and you have a vision of what your career will look like. And then this player of such great stature arrives, and you’re still trying to be great, and he’s already great. And you find yourself asking, ‘OK, what are the steps to get there?’ So now do you learn by example from watching him? Do you learn by the way he treats his body? By the way he treats his business off the court? By his philanthropic path? So you just watch and you observe.”

It’s that type of pressure Irving grew tired of.

“You also have to be aware of the expectations from the outside and how that can infiltrate your thinking,” Irving said. “Somehow it ends up where everybody wants to play the blame game when things don’t go right. So it’s just a lot to get used to. It comes with a lot of pressures. I believe the very, very special ones, the unique ones, gladly take on that challenge, and they relish it. You can’t be afraid to challenge another great person. That’s how greatness is achieved.

“It was a lot for me to figure out. The belief I have in myself goes way beyond anything that could deter me from what I want to accomplish. You can never ever, ever, ever, ever lose your sense of self while you are playing alongside a great player.”