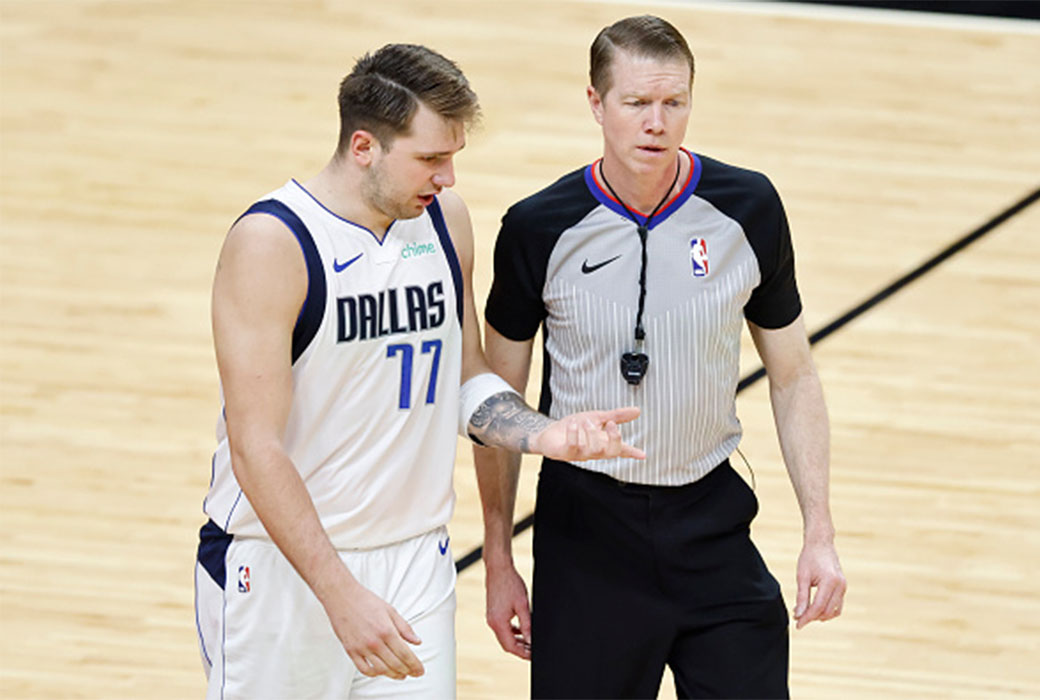 Luka vowed to avoid his 16th technical foul which triggers an automatic one-game suspension, admitting that he has been “complaining way too much” this season. He collected his 15th last weekend in a upset loss to the Sacramento Kings.

After the game Luka was quoted saying “I won’t get another one,  “Don’t worry,” via ESPN.

Luka doubled down on his promise when TNT’s Ernie Johnson reminded him that he, along with Philadelphia 76ers center Dwight Howard, are both only one incident away from being suspended with 15 techs.

“I wasn’t myself this season. Complaining way too much. I have to work on that.”

Luka checked in with the Inside guys after Dallas’ win. pic.twitter.com/5XO3E15O9r

Doncic has made promises in the past, saying, “I’ve just got to learn to calm myself down and go on to the next play,” back in December of 2019. He received 13 technical fouls that year, tying for the seventh highest in the NBA.

One of Doncic’s technical fouls was rescinded by the NBA when he was penalized for yelling “And-1” against the New York Knicks on April 2nd. He has been called for 10 technical fouls in 28 games since the All-Star break.