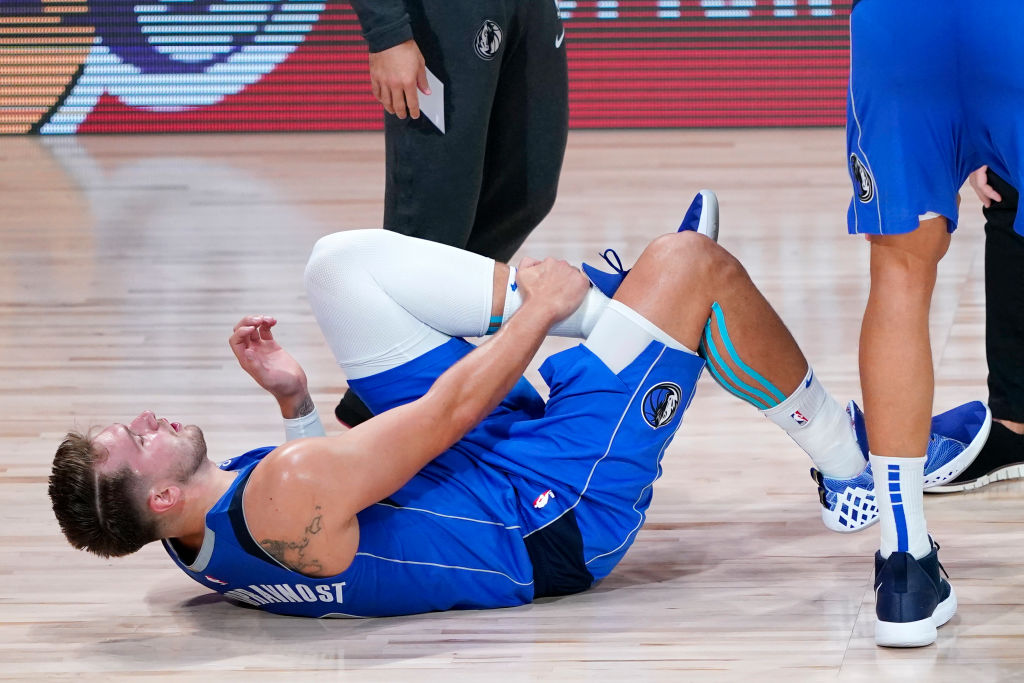 Update #1, Aug. 22, 4:47 pm: An issue with the MRI machine in the bubble has delayed updates on Doncic’s status, ESPN’s Tim MacMahon reports. Head coach Rick Carlisle expects the superstar to be a gametime decision ahead of Game 4 on Sunday.

The Dallas Mavericks await the results of an MRI for Luka Doncic. The second year guard sprained his left ankle in the midst of the team’s Friday night loss, eventually sidelining him for the duration of the game.

The 21-year-old initially returned to the matchup after getting the ankle taped but he was significantly limited while back on the court.

The sprain is on Doncic’s left ankle, not the right ankle which he sprained twice earlier in 2019-20, something that the All-Bubble superstar considers lucky, Tim MacMahon of ESPN reports.

Doncic still ended up posting a triple double despite the injury costing him the majority of the final quarter after he tweaked it jumping in the paint with Clippers forward Kawhi Leonard.

The Mavs were trailing Los Angeles by 13 at the time of the injury and were down by 15 when he was shut down for the remainder of the contest.