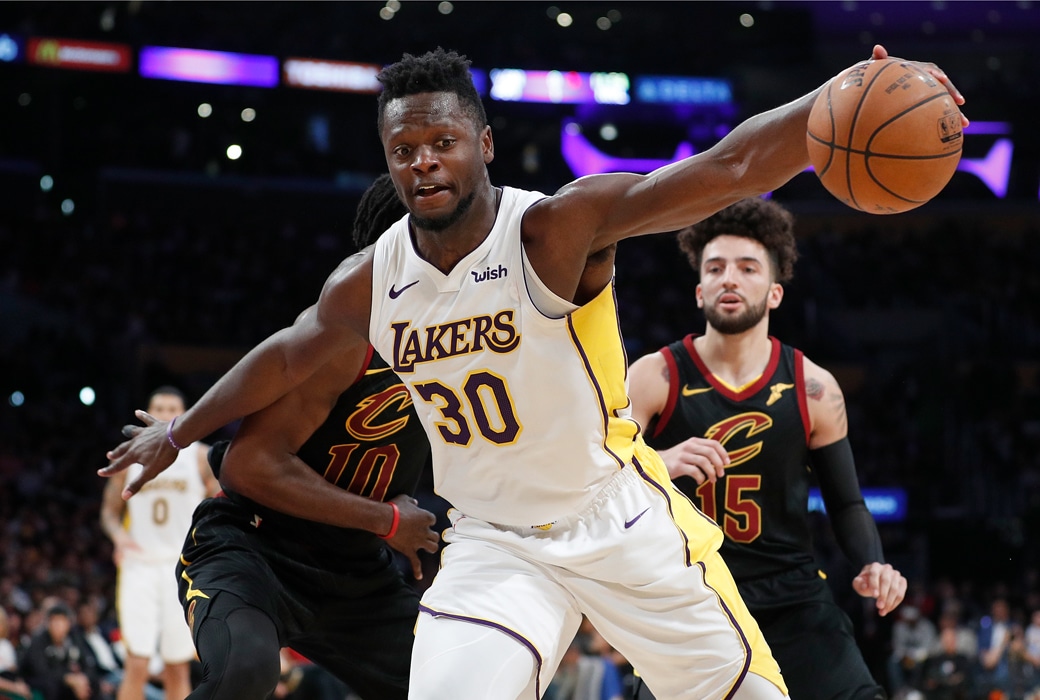 Julius Randle has always had the tools of a great defender. Lakers coach Luke Walton is just helping him to realize it.

During the third quarter of the Lakers’ 127-113 win over Cleveland on Sunday, a mic’d-up Walton told Randle that he’s “the best one-on-one defender in this league.”

Randle not only defended LeBron James well, he finished with one of his best offensive performances of his career.