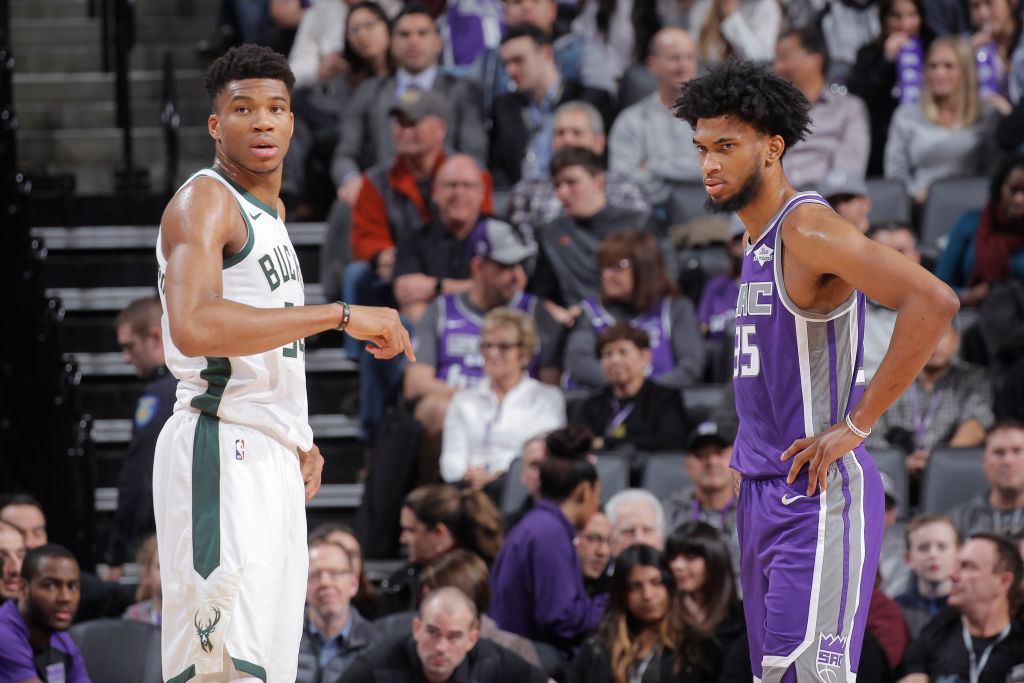 The hope in Sacramento is that Marvin Bagley III will eventually be able to play all five positions on the floor the way Giannis Antetokounmpo, according to Kings head coach Luke Walton.

Walton, however, concedes that “you won’t see that for a while.”

Bagley, 20, is averaging 13.4 points and 7.4 rebounds this season, all slightly under his rookie campaign numbers.

Per The Sac Bee:

“If we play him with Richaun [Holmes] now, he’s playing the 4 and every play we call, he’s got to be somewhere else and make different reads. We want him to be free out there. We want him to be able to go all out, so he’ll play one position for now and then we’ll grow that out so eventually one day he’s playing 1 through 5 like Giannis does in Milwaukee.”

At 6-foot-11 and 235 pounds, Bagley has the size to play anywhere in the frontcourt. He might be athletic enough to play small forward as his defensive awareness improves. He has also shown the ball-handling ability to lead the break in grab-and-go situations.