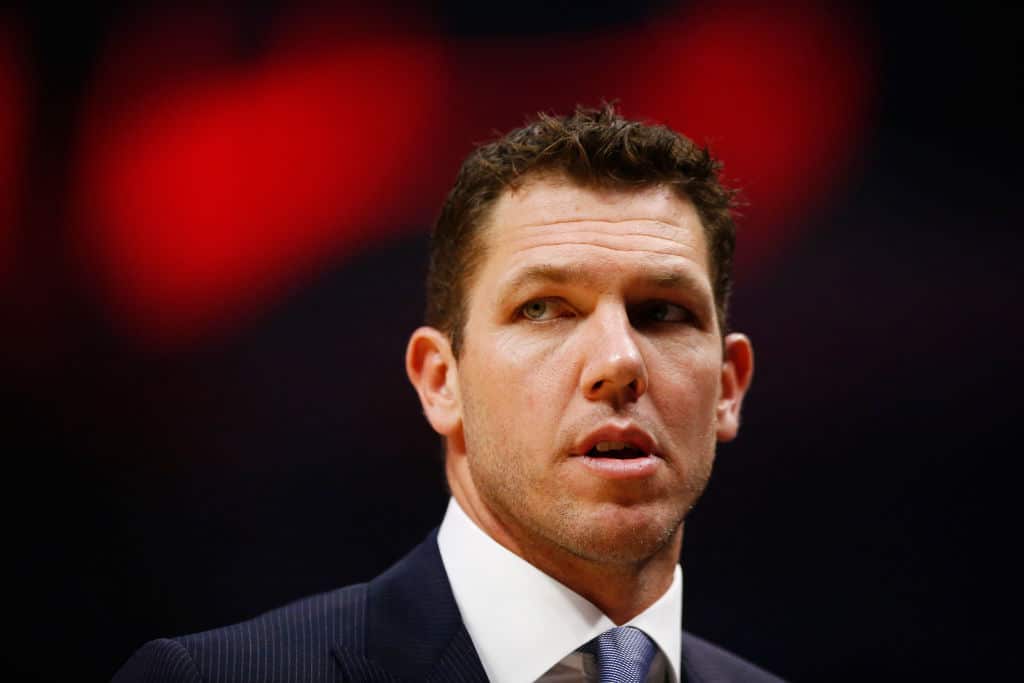 Luke Walton is facing a sexual assault lawsuit from Kelli Tennant, a former host on Spectrum SportsNet LA, who claims Walton made unwanted physical advances on her at a Santa Monica hotel in April 2016 as an assistant coach with the Golden State Warriors.

Tennant says the two had a business relationship, and that she had asked Walton to write a foreword in her book.

Walton, 39, “mutually parted ways” with the Los Angeles Lakers earlier this month, and was hired by the Sacramento Kings the next day.

Per TMZ and ESPN:

According to the legal documents obtained, Walton allegedly invited Tennant to his room so they wouldn’t be seen together by any Warriors players. He then allegedly pinned Tennant to the hotel bed and forcibly kissed and groped her.

The suit also alleges that in May 2017, sometime after the hotel incident occurred, Walton “forced an aggressive hug” and made a lewd remark about Tennant’s outfit at a charity event the two attended.

“At no time before or during his employment here was this allegation reported to the Lakers,” the statement read. “If it had been, we would have immediately commenced an investigation and notified the NBA. Since Luke Walton is now under contract to another team, we will have no further comment.”

The Kings released a statement on Monday night regarding the alleged incident. “We are aware of the report and are gathering additional information,” the statement said. “We have no further comment at this time.”

The Warriors said they were also “aware of the alleged incident” and gathering additional information. The team had no other comment. The NBA has opened an investigation of its own, sources told ESPN.