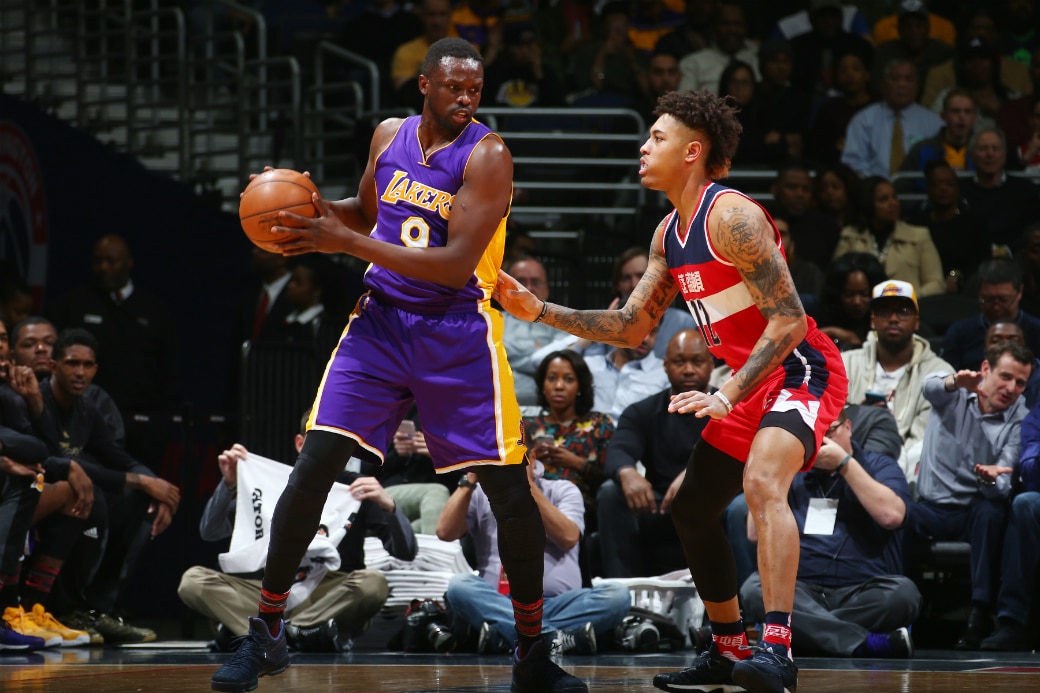 Forward Luol Deng and the Los Angeles Lakers have reached an agreement on a buyout, per multiple reports:

Sources: The Los Angeles Lakers and forward Luol Deng are finalizing a contract buyout as part of waive-and-stretch provision.

Veteran forward Luol Dèng and the Los Angeles Lakers have reached an agreement on a buyout, league sources tell ESPN.

According to Chris Haynes of ESPN, Deng, who played in only one game for L.A. in 2017-18, will receive interest from “several contenders” in free agency.

RELATED
Magic Johnson Can Only Dream of Trading Luol Deng