Magic Johnson: Lakers Don’t Want to Be ‘Cleveland All Over Again’ 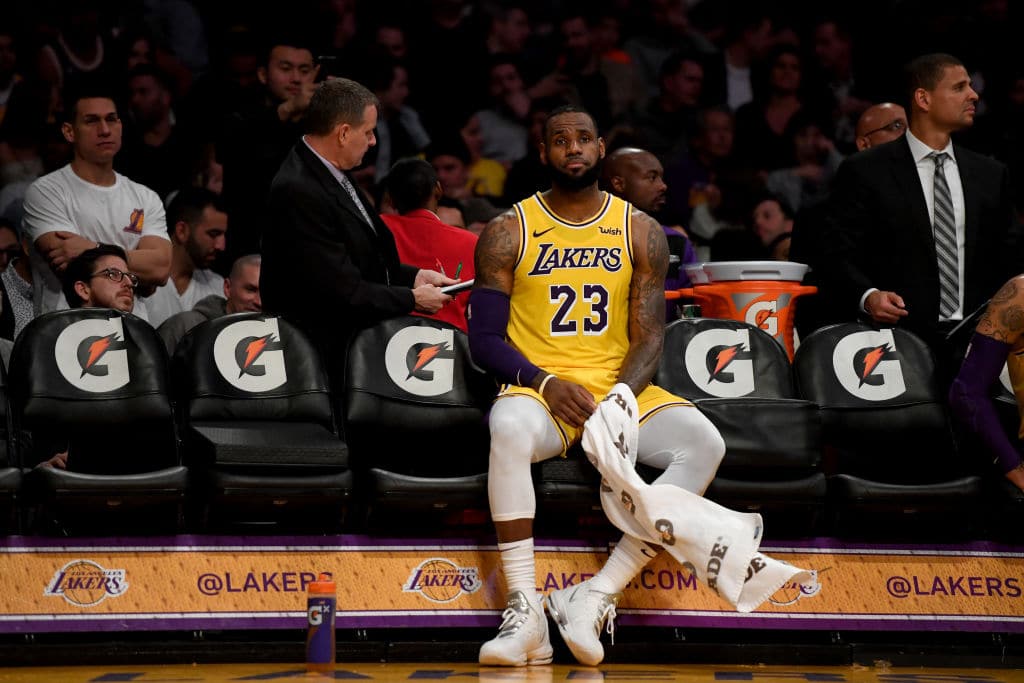 Magic Johnson says the Los Angeles Lakers don’t want to rely on LeBron James to the point they turn into “Cleveland all over again.”

Magic reiterates that the Lakers want to keep LeBron James' usage down in minutes and lighten the load on his ballhandling with other playmakers on roster. Magic also still believes that come January the Lakers will hit their stride https://t.co/9sbJqfrC4X

LeBron inked a four-year, $154 million deal this summer and Johnson wants to keep him fresh for the duration of the contract.

“We are trying to make sure that we watch his minutes but also that we don’t run everything through him because now it is Cleveland all over again and we don’t want that,” Johnson said in an interview on SiriusXM NBA Radio. “We want to get up and down.”

Johnson, keeping a big-picture eye on LeBron James’ usage, reiterated Thursday that the Los Angeles Lakers will continue to follow their offseason plan of trying to lighten James’ load compared to how he was utilized with the Cleveland Cavaliers.

“Basically minutes, trying to make sure we don’t overplay him and then also usage of the ball in his hands,” Johnson told SiriusXM NBA Radio. “We got a lot of ball handlers so we feel we won’t overuse him in terms of his ballhandling and also every play has to run through him. I think we got proven scorers — Kyle Kuzma, Brandon Ingram … and then when you have two point guards like [Lonzo] Ball and [Rajon] Rondo, we don’t have to have LeBron having the ball in his hands all the time.”

Related
LeBron James ‘Battling’ With How to Lead the Lakers