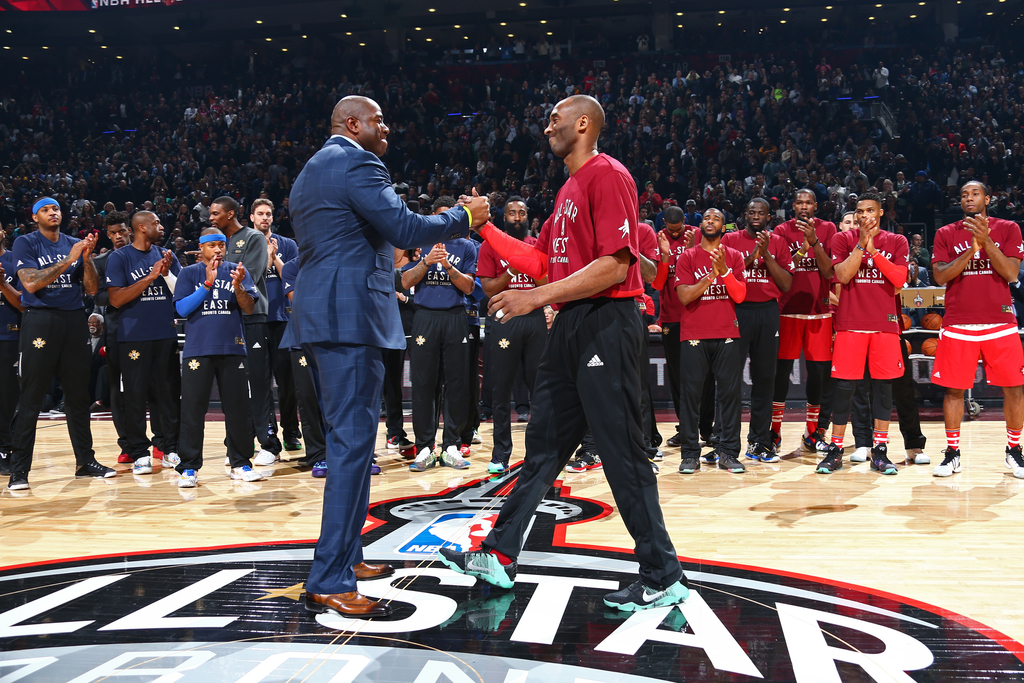 Johnson, who was recently hired to advise Jeanie Buss, says Kobe would be an invaluable addition to the front office.

The Hall of Famer was scheduled to meet with Lakers GM Mitch Kupchak and team co-owner Jim Buss earlier this week to plot the strategy going foward:

“First call I make if I’m in charge? Kobe Bryant,” Johnson said on ESPN’s First Take. “Because Kobe understands winning. He understands, also, these players. I would call: ‘What role you want? … If you’ve got a day, just give me that day.’

“I’ll take that. Whatever time he has, I want him to come and be a part of it.”

Related
Magic Johnson Wants to ‘Call the Shots’ for Lakers