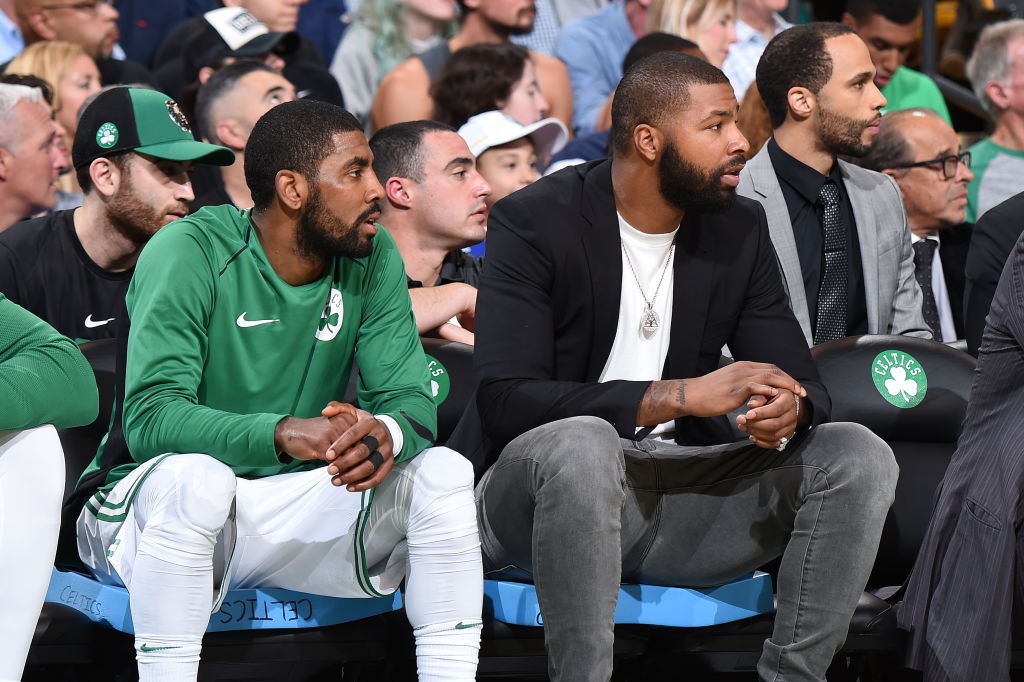 The Celtics placed Kyrie Irving‘s emotions ahead of the team, according to former teammate Marcus Morris.

Morris points to the superstar treatment Irving enjoyed as a major contributor to the toxic locker room environment in Boston last season.

The veteran forward says that the New York Knicks—which he joined this summer—won’t have to worry about placating any one personality.

“The teams are different. We don’t have that one guy where it’s like, okay, he’s first,” Morris said. “It’s a team thing. No knock on Ky, but obviously he’s a superstar, he’s first. Sometimes his emotions were put in front of the team. I think here, we’re all transparent with each other. We can all go up to each other and be honest with each other. That’s the biggest thing, when you can go out and speak to your brother.”

Morris has twice been part of teams that overachieved one year and flopped the next.

“Each of those situations we brung in different guys in. So it’s kind of different (with the Knicks). In Phoenix, we played really well, then we brought Isaiah Thomas in, we brought a lot of other guys in,” Morris said. “The team chemistry was there but it kind of pushed some guys to the back. In Boston same thing, Kyrie goes down, we finish the season with a lot of young guys. Everybody knows their role. So when he comes back, it’s hard for everybody to take a step back. In this situation, we’re all hungry. And everybody is ready. At the end of the day, nobody is bigger than the team.”

Related Kyrie Irving: ‘I Failed’ as a Leader in Boston