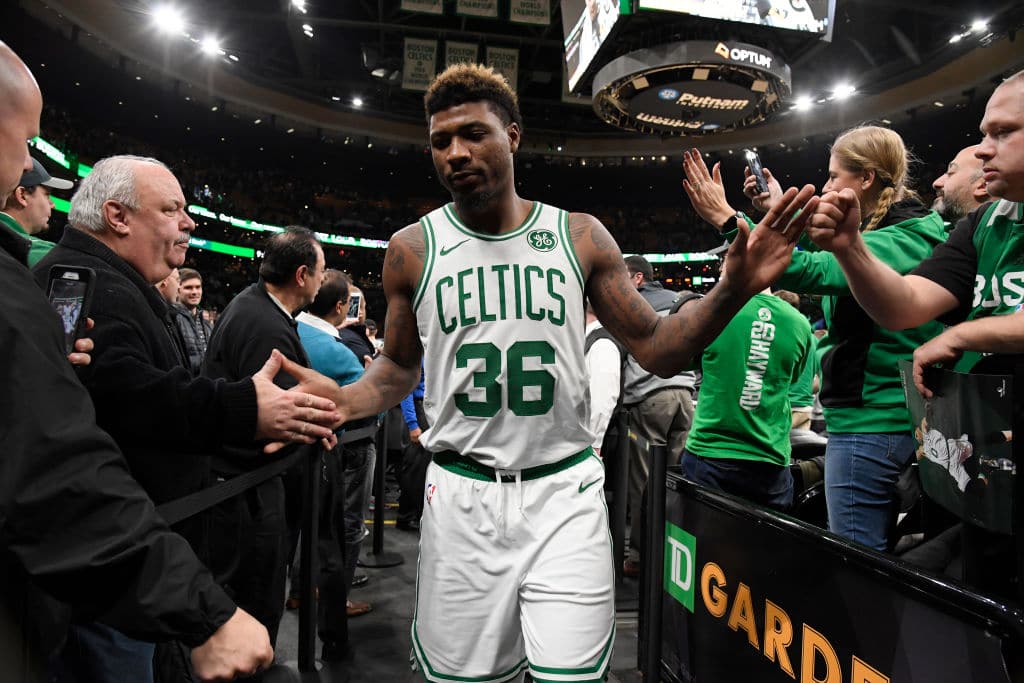 The Boston Celtics are off to a disappointing 9-9 start this season, and according to Marcus Smart, they’re “playing like punks.”

The C’s dropped their third in a row Wednesday night, a disheartening 117-109 loss to the visiting New York Knicks, and Smart says the team isn’t playing hard enough.

You're going to need to read what Marcus Smart told the Herald about the state of the Celtics.

Some pointed comments in the wake of 7 losses in the last 10 games: "We’re playing like punks; that’s just what it is."

“There’s always the belief that we can be better,” added Smart.

“It’s the same old song,” he said in a quiet, matter-of-fact tone. “You know, it gets annoying. I don’t even know what to say at this point. You’ve already done heard it. I’m tired of talking about it. I don’t know.”

“It’s not everybody. You’ve got guys out there that are playing and playing hard. That’s some, but we don’t have all five guys at the same time. So teams are going to continue to whup us.”

According to [head coach Brad] Stevens, the Celtics are not defending properly at the point of attack, and certainly it seems the Celts are trying to stick to a scheme rather than doing the attacking themselves. Smart doesn’t see room for differentiation.

Related
Kyrie Irving: Celtics ‘Have to Get Used’ to Pressure