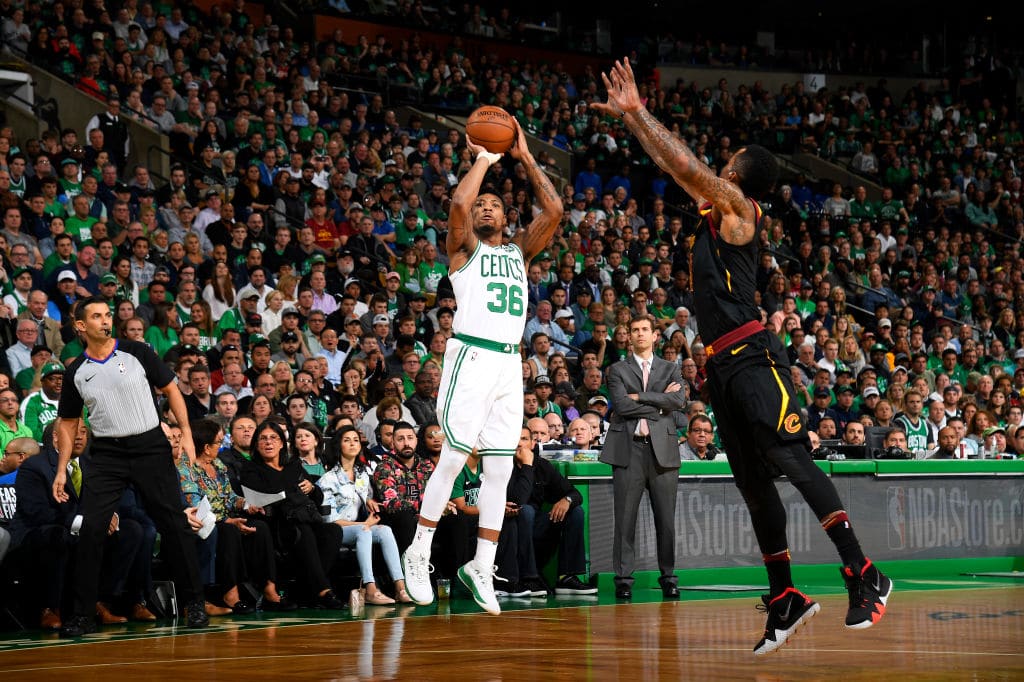 Celtics guard Marcus Smart hears the loud groans in Boston every time he lines up a three-pointer, but he’s not too concerned about “fake fans or bandwagon fans.”

Smart blames some of his shooting woes this season on returning two months early following a thumb injury.

Teams are asking about Marcus Smart. They have been for a while…

And, by the way, Smart hears you when you say "No-o-o-o-o" as he's about to shoot. He responds here. https://t.co/illofFiCho

Smart, 24, will be a restricted free agent this summer and says he knows what his worth is.

“And it’s funny,” he told us, “because those same people that yell when I shoot it are the same ones that are saying, ‘We need you.’ And then the next time I shoot, I guess they don’t need me. So, I mean, it is what it is.

“I know what I’m worth. This team knows what I’m worth. And people who really know basketball know the type of player I am. So I’m not really worried about those other guys who are fake fans or bandwagon fans or into the popularity game.

“I know the NBA is about popularity, and I know I’m not a popular guy. My game isn’t popular. I’m not a flashy guy. I’m not trying to cross you over three or four times and make you fall. I’m trying to play right basketball, and that’s get my teammates involved whenever I need to.

“And whenever I’m open, I’m going to take the shot, because that’s what I’ve been doing my whole life, and this team gives me the opportunity to do that — and I have the confidence to do it. My shots are going to fall. I’m not really worried about it.”