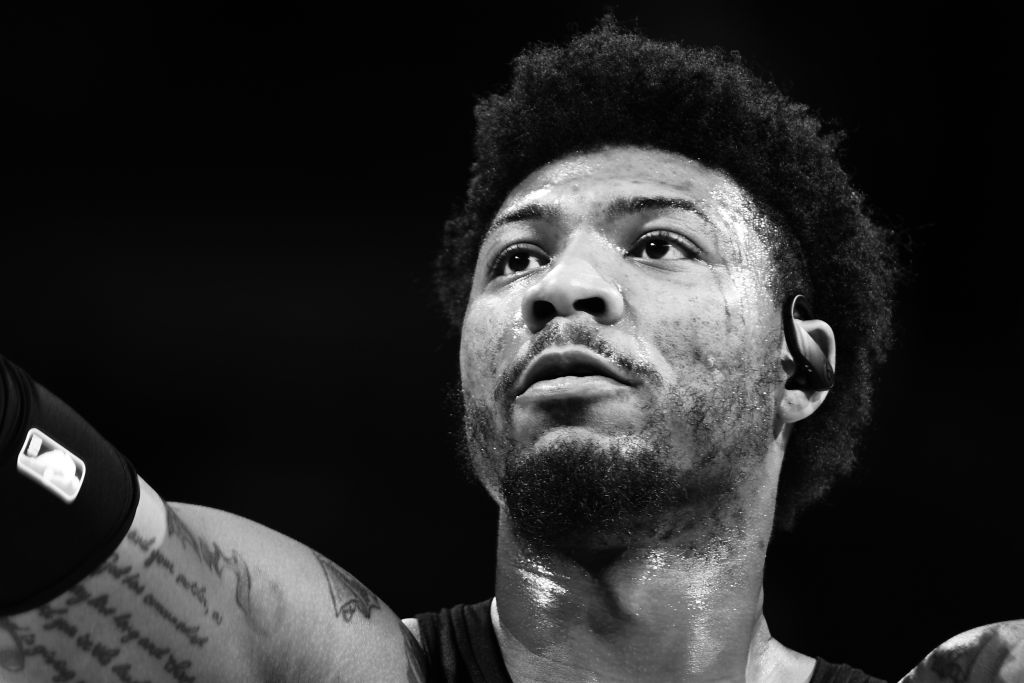 Celtics guard Marcus Smart accused a Nuggets fan of making a racially-charged remark after he chased a loose ball into the stands during Friday night’s game at the Pepsi Center.

Smart was dissatisfied with arena security’s response after he reported the verbal taunt.

Denver held on for a 99-92 win against Boston, and the NBA said it is investigating the incident.

“My foot got stuck in a chair and a fan told me, ‘That’s right stay on the ground, get on your knees,’” Smart said after the game.

When contacted about the incident, the Nuggets said security looked into it and couldn’t determine what happened.

“I told (security) who it was,” Smart said. “They just looked at him and didn’t even say anything to him, didn’t even get him out of the game. Probably if I was a superstar, they probably would have done something for it, but it is what it is. … We’re going to end up protecting ourselves eventually and it’s not going to be pretty for those fans and we don’t want that.