Mario Elie and His Crazy Visions for the Mavs 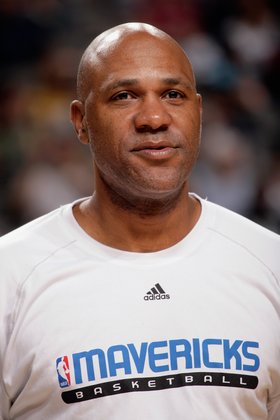 Mario Elie, owner of multiple NBA title rings, knows what championship teams are made of. And according to the former Rocket, this year’s Dallas Mavericks are a lot like the 1995 Houston team that won it all.

Let’s follow Mario down the bunny trail, via the Dallas Morning News:

“We’re floating under the radar, just like our ’95 team,” Elie said. “Nobody is talking about us, and that’s good. It feels like that ’95 team.”

“These are tough-minded guys, and they see an opportunity. Everybody’s talking about the Lakers, Cavaliers and whoever. And those are great teams. Nothing’s going to come easy. We’re going to have to start on the road and earn it. That’s when you find out if you can be a champion – if you can go into a rough, hostile place and get a win. That’s what a champion does.”

Elie said he had not yet talked to players about the karma of the ’95 team but that he definitely would bring it up. “I’ll share stuff with them, mainly just about believing,” he said. “That’s huge. You have to believe in each other and the team.”

As a full-fledged member of the coaching staff, he’s practically paid to say these sort of things, I suppose.

And who knows, maybe Mario can convince Hakeem Olajuwon to un-retire and see if he can’t lend a helping hand during this Dallas title run.