Mark Cuban Will Fight You 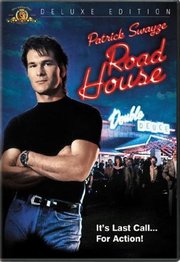 In the latest post on his blog, blog maverick, Mark Cuban tells the story of his last fistfight. It apparently took place at some dive bar, during an Elvis singoff (whatever the hell that is), and get this, Cubes claims to have landed a punch while laughing at his enemy.

There was a guy sitting to my right that I hadn’t really noticed. I guess I glanced over towards him to see if he was laughing as hard as we were. He wasn’t. What he was doing was in the process of standing and throwing a punch (i couldnt tell if it were jab, roundhouse or ?). The dude sucker-punched me. While i was laughing my ass off. Right in the midst of an Elvis Singoff Challenge.

Im swinging. Im laughing. Ron and Scott are laughing. I remember landing a punch and him stumbling but not going down. He had to be pissed that some guy was laughing and hitting him at the same time.

Cuban is so tough, man. I bet even a Road House-era Swayze wouldn’t have messed with him.