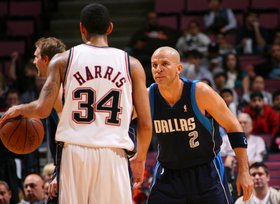 Not sure if you’re aware, but Mark Cuban has a brother. His name is Brian, and like his richer sibling, he maintains a blog. It is hilariously named the The Cuban Revolution.

On said blog, Brian Cuban recently discussed the Nets fans chanting “Thank You, Cuban!”, in mock appreciation of the Mavs’ owner’s decision to trade away Devin Harris for Jason Kidd. Would you believe that Brian doesn’t believe the Mavs got the short end of the stick? Because he doesn’t. Shocking, I know:

I am also amused when I see all of the mainstream media and blogs opining on the value of the Harris-Kidd trade. The word of the moment to describe the trade seems to be “fleeced“.

In the end only one NBA team out of 30 calls themselves champs in June. I guess everyone else got “fleeced”.

At one point in the ranting entry, Brian Cuban opines that he is, perhaps, “a basketball idiot”. I would’ve left it at that.