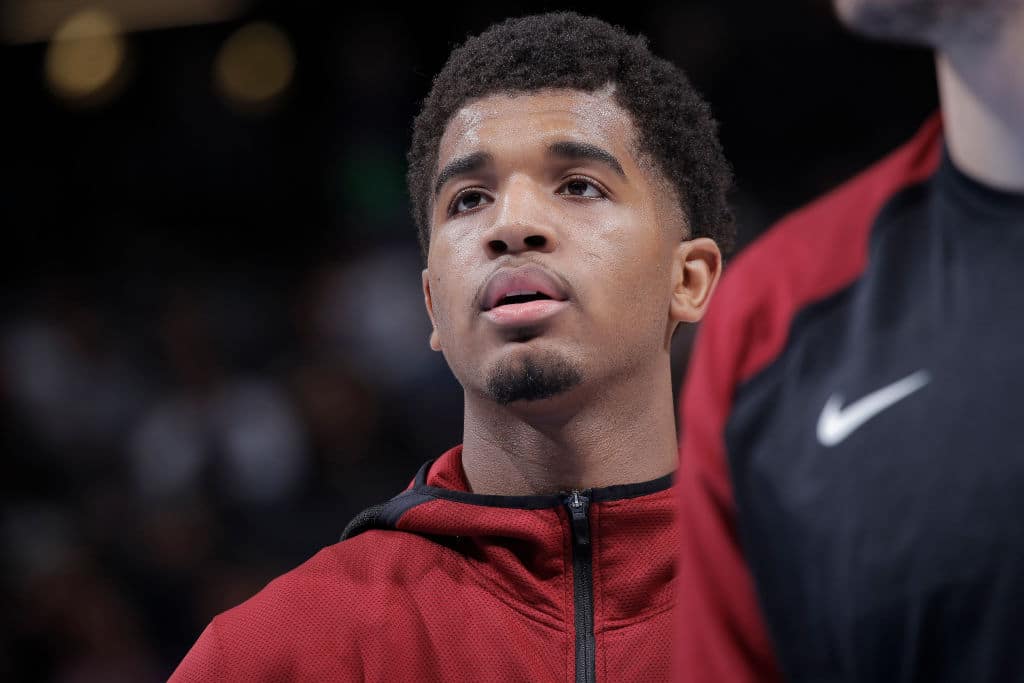 Free agent forward Marquese Chriss has reached agreement on a one-year deal with the Golden State Warriors, Chris Haynes of Yahoo Sports reports. The 22-year-old lottery pick last played for the Cavaliers in 2018-19.

While Chriss showed raw potential throughout his first two seasons with the Phoenix Suns, his fourth year contract option wasn’t picked up last fall and he’s bounced around two franchises since.

Chriss was the No. 9 pick in the 2016 NBA Draft and immediately showed potential as a high athleticism big but failed to crack the rotation of the Houston Rockets at the beginning of last year and was sent to Cleveland at the 2019 trade deadline.

Connor Letourneau of the San Francisco Chronicle writes that Chriss’ deal is a non-guaranteed training camp deal and that the odds of him making the regular season roster are slim.

Golden State currently rosters 13 players on guaranteed contracts and is likely to bring the non-guaranteed Alfonzo McKinnie back as a 14th. The hard-capped franchise in limited in how it could integrate a 15th.