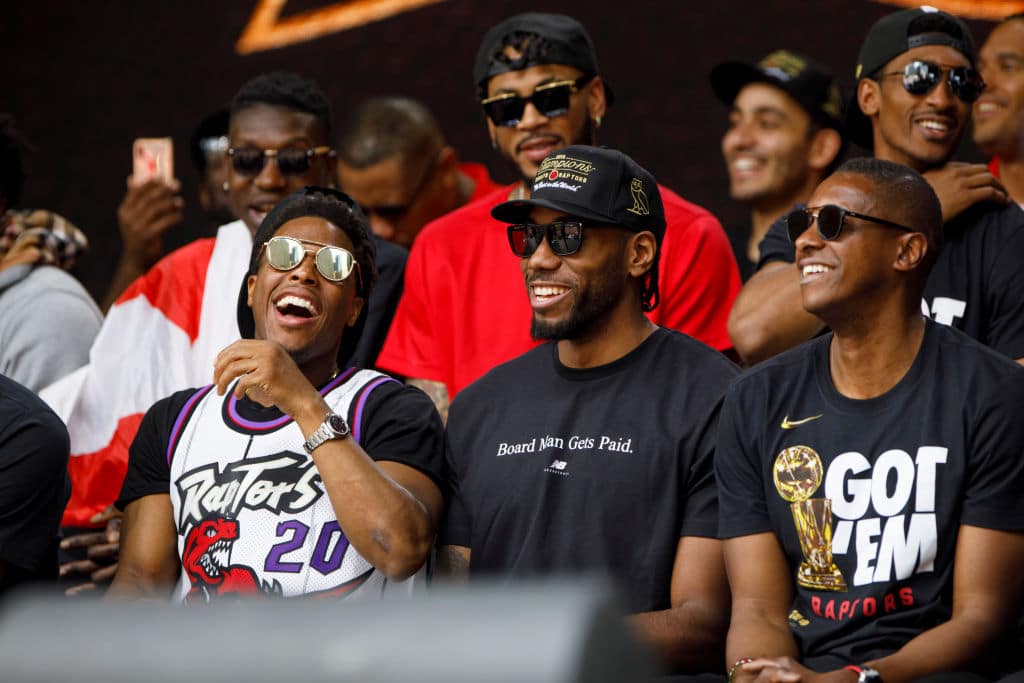 Raptors president of basketball ops Masai Ujiri insists that things are “going to be just fine” in Toronto with Kawhi Leonard no longer in the picture.

Ujiri says “it’s on to the next” for the defending NBA champs.

Masai added that this was a “different kind of free agency,” which ultimately resulted in Kawhi joining the LA Clippers.

“Honestly, it’s on to the next,” Ujiri said, speaking publicly for the first time since Leonard made his decision early Saturday morning. “This is the NBA and this is how it works. I always say there’s no time to go out and cry. You can’t hide under the table and cry. Honestly, I’ve lost no sleep. I’m not disappointed. It’s on to what’s next. I’m telling Raptors fans and everybody, don’t lose one day of sleep, one second of sleep. We’re going to be just fine. We’re going to be all right.”

Was anybody not [upfront with him and the Raptors throughout the process]?

“I know what we’re dealing with here and I appreciate what the process was,” Ujiri responded. “I know free agency, I know how it works. It’s not my first rodeo. You know things are going to go up and down. This was a different kind of free agency. It was high stakes and we understood that.”

The natural assumption is that Ujiri was making reference to Uncle Dennis. Robertson has a reputation for being hard to deal with and would have been hands on throughout the process. According to sources, Leonard and his camp – namely Uncle Dennis – asked for a lot from the Raptors in that meeting, things players don’t generally ask for in standard contract negotiations.

In some cases, they were asking for things that Ujiri – one of the most well compensated executives in the league – wouldn’t have even had at his disposal. Their requests were “unreasonable”, a source said, which made the Raptors wonder whether Leonard was seriously considering them at all.