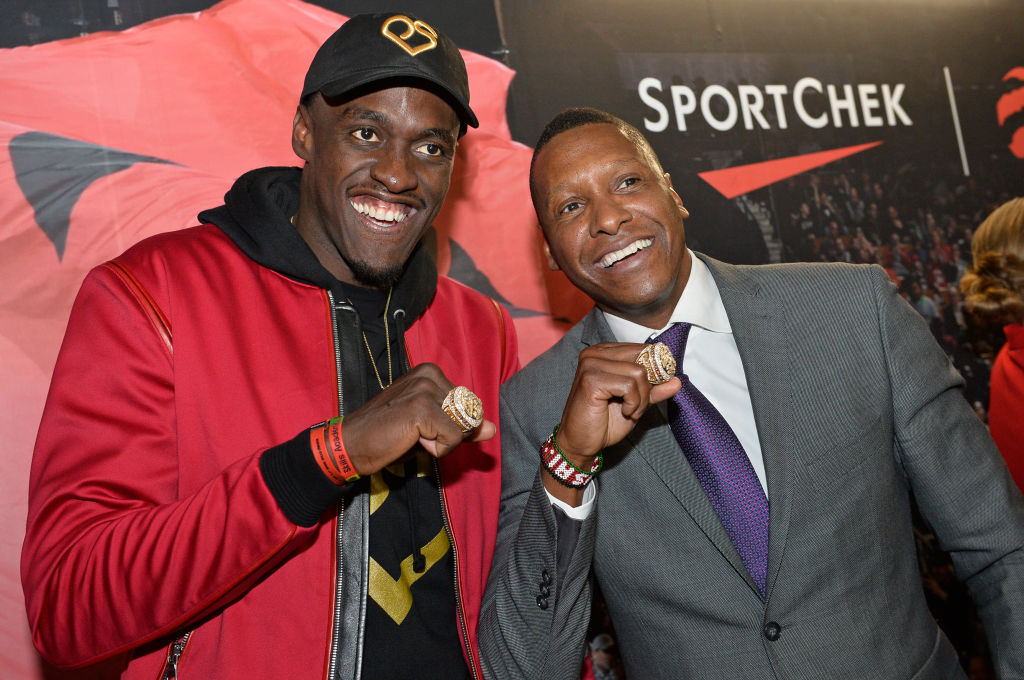 The Raptors will “die trying” to repeat as NBA champs, according to president of basketball operations Masai Ujiri.

Ujiri is especially proud of the way Toronto’s players have stepped in the wake of Kawhi Leonard‘s departure in free agency last summer.

Masai was non-committal about any possible moves ahead of next month’s trade deadline.

“We’re going to die trying, that’s for sure,” said Ujiri during media availability Tuesday after his keynote speech at the Toronto chapter of WISE — Women in Sports and Events.

“I know those guys and they’re going to die trying. You see them, you see the attitude. I know nobody, not one person here in this place, would tell me that they thought we’d be competing now to be second in the East, in the next couple of games if it works out for us, or where we are. There’s not one person that thought that with a championship player like Kawhi leaving. These guys have stepped up and we appreciate what they’ve done.”

With the Raptors’ return to full health, public attention has mostly shifted toward the upcoming trade deadline, but Ujiri was non-committal about his plans for Feb. 6.

“If we do something, it’s out of the fact that we think this is giving us a chance, or a bigger chance, and right now I think we have that chance, if we continue to play ball and continue to figure it out. I’m proud of the guys, and I look at them as what we have. You never know what those days bring you, but I’m really proud of our guys.”