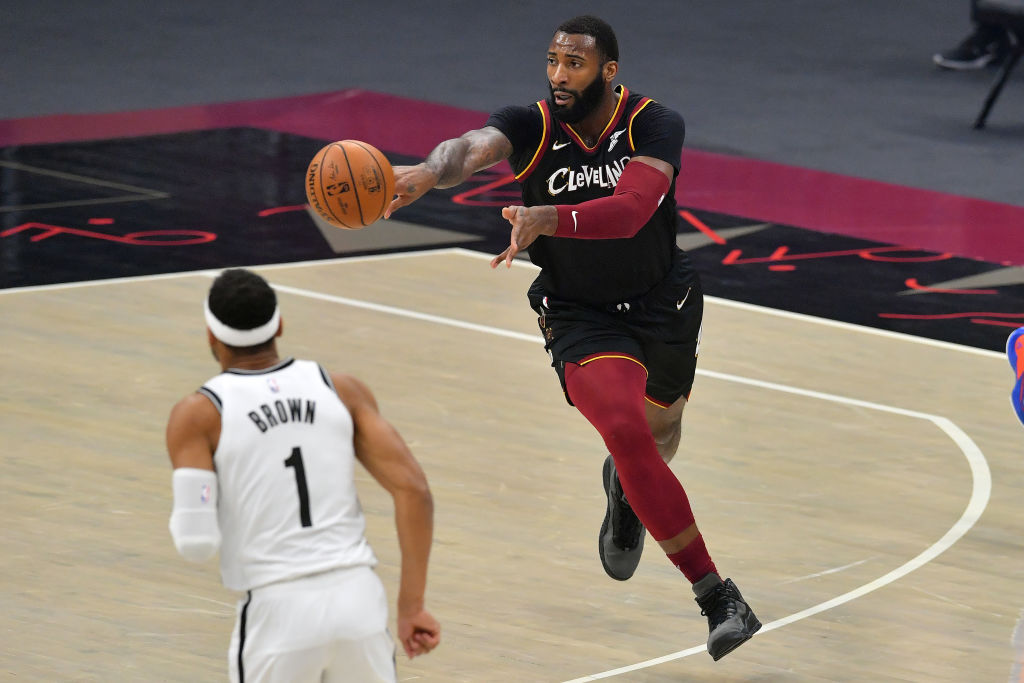 Two-time All-Star Andre Drummond has been held out of the Cleveland Cavaliers’ recent games while the team looks for a trade partner and a new team is rumored to be interested.

According to Bleacher Report’s Jake Fischer, the Dallas Mavericks have expressed interest in the 27-year-old center in recent days. However, the addition of Drummond wouldn’t be to replace Kristaps Porzingis but rather to play alongside him.

“They want a big to pair with him,” a league source told Fischer in regard to Porzingis. “Obviously with physicality, rebounding, toughness.”

Drummond was averaging 17.5 points, 13.5 rebounds, 2.6 assists, 1.6 steals and 1.2 blocks per game before being held out. His rebounding average is the second-best in the NBA, trailing only Atlanta Hawks center Clint Capela (14.0 rebounds per game).

A nine-year veteran, Drummond has built a name for himself as a dominant rebounder with decent guard skills, respectable defensive ability and upper echelon athleticism for a player his size. As a result of his availability, skillset and his production, Drummond is rumored to have multiple teams interested in his services.

These teams include contenders such as the Los Angeles Lakers, Milwaukee Bucks, Brooklyn Nets and Miami Heat.

Porzingis himself has been subject to trade rumors, as he’s had a disappointing and injury-plagued 2020-21 season thus far. The skilled seven-footer is averaging 20.5 points and 8.2 rebounds per game but has struggled on the defensive end of the floor and has only played 17 games this year.

The NBA trade deadline is Mar. 25, just little over a month away.