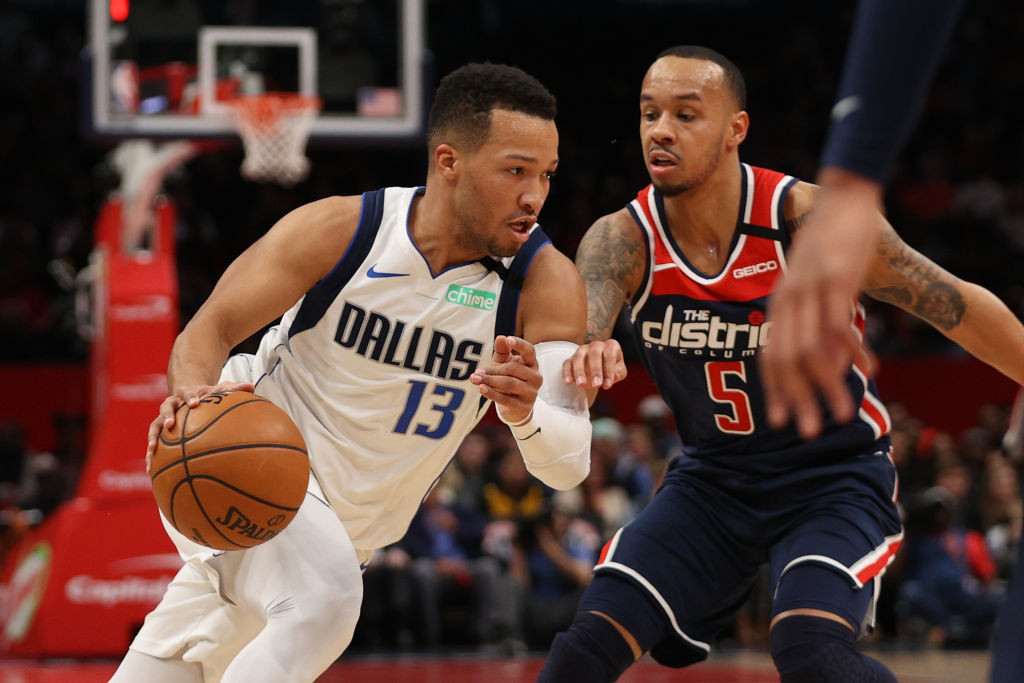 Jalen Brunson of the Dallas Mavericks suffered a shoulder injury just 12 seconds into the team’s Saturday night game against the Atlanta Hawks. Brunson has missed the last two games and on Thursday ESPN’s Tim McMahon reported that Brunson has a torn labrum in his right shoulder.

McMahon also reported that the left-handed Brunson intends to try and play through the shoulder injury. If Brunson is to return, it will come when Dallas is back at home next Wednesday, as he’s already been ruled out for the remaining three games of the Mavs road trip. Brunson could undergo surgery on the injury this offseason.

Brunson has been a key part of the Mavericks rotation this year, averaging 17.9 minutes per game over 57 appearances, including 16 starts. The second-year guard has averaged 8.2 points per game, while shooting career-best percentages nearly across the board.

Without Brunson, Dallas is leaning heavily on Seth Curry and Delon Wright alongside Luka Doncic in the backcourt. The Mavericks have also worked veteran J.J. Barea back into the lineup on a more regular basis as well.

If Brunson is able to play through his injury, it will give Rick Carlisle the depth necessary to play matchups and rest players as necessary over the last month and a half of the season.