Carmelo Anthony Says His Optimism is Being Tested 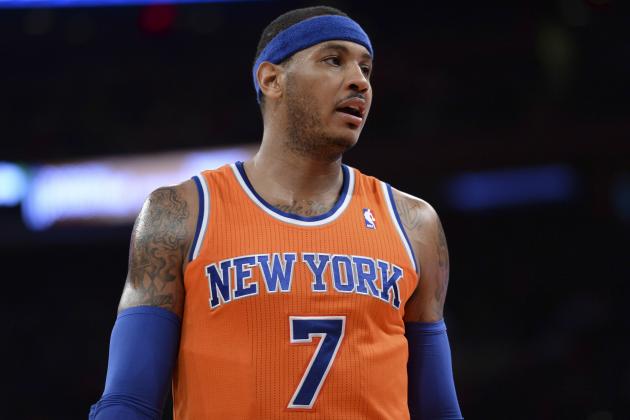 For the first time in Carmelo Anthony’s 11-year NBA career, he’s in danger of watching the Playoffs on TV instead of playing in them.

The New York Knicks (21-35) have 26 games to turn their disastrous season around, but Anthony admits that he’s not very optimistic.

“I can’t imagine what that’s like,” he said. “I’m not even trying to think about that at this point. We still got a lot of basketball to play.”

But Anthony admits his optimism is “definitely being tested” this season, and you wonder if his desire to stay with the Knicks is too.

The Knicks have lost eight of their last 10 ballgames, and have a long climb just to reach the final Playoff seed in the Eastern Conference.

Though he’ll more than likely test the free agent waters this summer, Carmelo Anthony has said that he’s willing to take less money to help build a title contender in New York.

There’s little reason at the moment to believe the Knicks’ front-office can help Melo do that anytime soon.