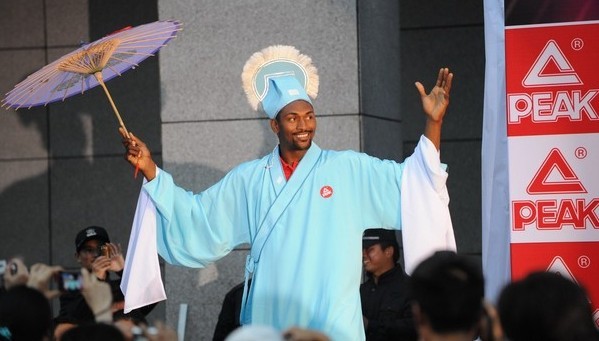 New, high-profile Sichuan Blue Whales forward is celebrating his move to China with yet another name change. Ron Artest, aka Metta World Peace, will now be known as “Panda Friend”. Amazing. Per China Daily:

World Peace, who is known in China as “Ci Shiping”, a literal translation of “Metta World Peace,” now plans to name himself after China’s giant panda, a precious animal based in Southwest China’s Sichuan province, where his new team is also based.

“New Chinese name coming soon. You guys are going to love it! ” He posted on his Chinese twitter-like social media Sina Weibo.