Meyers Leonard on DeMarcus Cousins: ‘I Can’t Respect Someone Like That’ 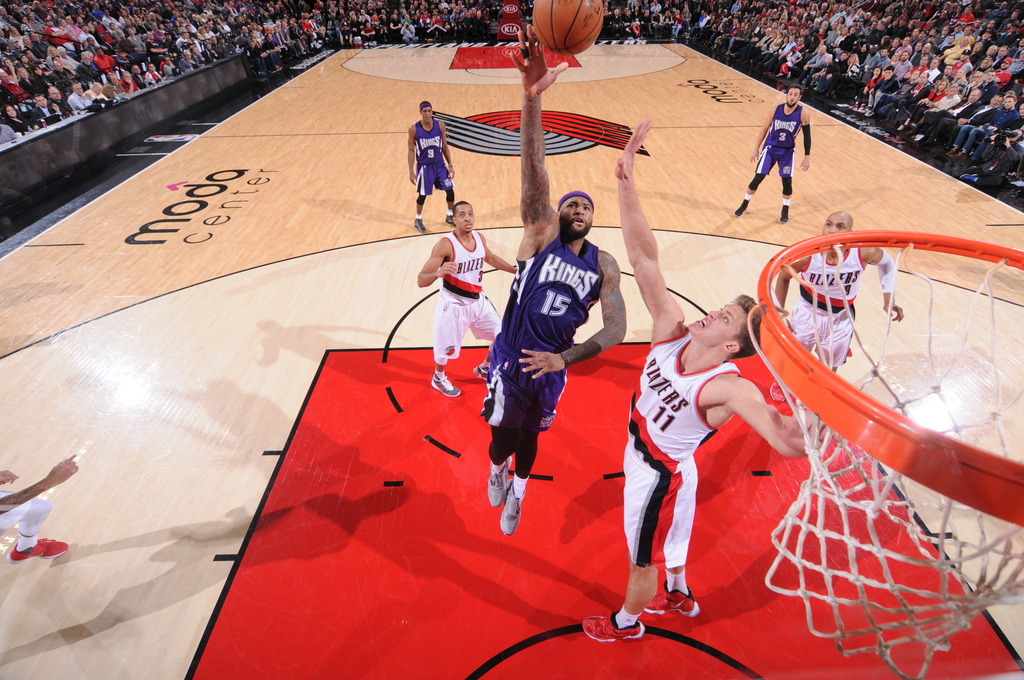 Leonard was upset with Cousins spitting out his mouthpiece in the direction of Portland’s bench in the Sacramento Kings’ 126-121 victory.

Meyers Leonard: Cousins deserved to be out of the game; "His antics are over the top." pic.twitter.com/4qEJQZPuJO

Boogie, not to be outdone in the trash-talking department, also ripped into his opponent’s weak defensive effort in his postgame remarks.

The target for Cousins’ outburst was Blazers big man Meyers Leonard, who has developed an unlikely rivalry with Cousins over the past two seasons.

“He’s a very skilled player, had a very good game, but his antics are over the top,” Leonard said. “He’s disrespectful, out of line, the list of words could go on. I can’t respect someone like that. I saw some comment from him about the world needs to see that this is ridiculous. No, it’s not ridiculous. He did it to himself and that’s the truth. And people need to know that.”