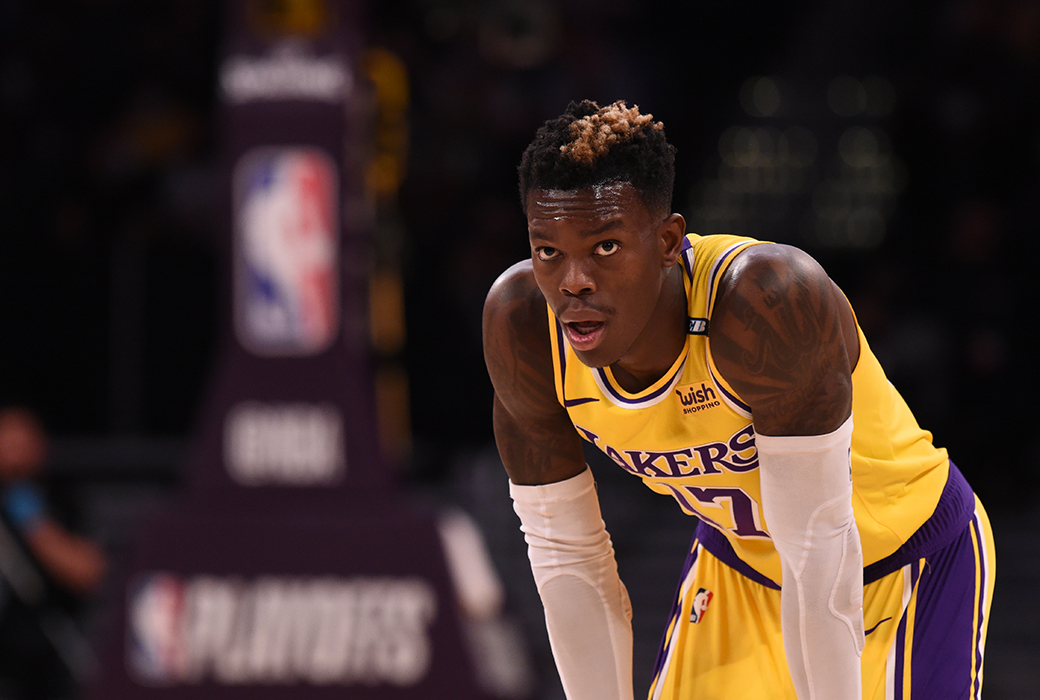 The Los Angeles Lakers have officially been eliminated from the 2021 NBA Playoffs, and with it, Dennis Schroder may have played his final game for the team.

According to NBA Analyst Evan Massey, both the New York Knicks and Miami Heat may have a major interest in the point guard this summer.

“I’ve been hearing a ton of (Dennis) Schroder to New York talks, but I’m not sold that will end up happening. Miami is another team to keep a close eye on. They are going to want an upgrade in the back-court and Schroder seems like a perfect fit if the two sides can agree on price.”

Schroder is set to be a free agent, with this past season being the final year of his contract.

It appears he may already be one foot out the door, with Schroder removing all mention of the Lakers from his Instagram bio prior to their Game six matchup on Thursday night. However, in the postgame press conference, Schroder made it clear that he wants to return:

The Lakers just finished seventh in the Western Conference, having been eliminated in the first round by the Phoenix Suns.