An Interview With Michael B. Jordan 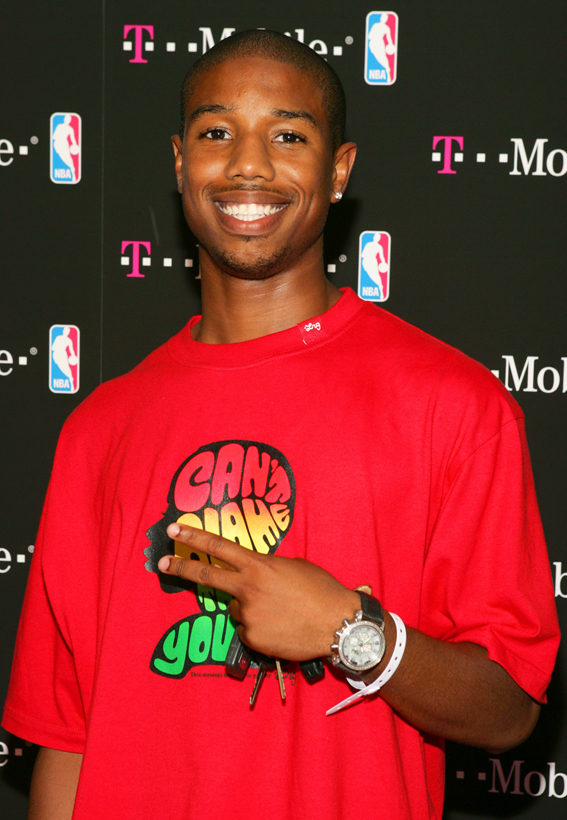 Dime Drop is a staple in SLAM, a section where we typically talk to non-players about their love of the game. The section is booked for the next couple of issues, so when our man in L.A., Nima Zarrabi, did this solid q+a with actor Michael B. Jordan, we had to pass on putting it in the mag. But we were only too happy to run it on the site. Consider it Dime Drop Extra. Oh, and just to jog your memory of the young man who played “Wallace” on The Wire, here’s a classic clip from early in Season 1 that he’s in, and here’s how he met his untimely demise. Besides playing a memorable role in many SLAM staffers favorite TV show ever, Michael has stayed busy in the acting game and found the time to follow the NBA closely. Here’s what he had to say the other day.

SLAM: How big of a basketball fan are you?

Michael B. Jordan: Extremely big. I get a lot of flak for my name, but it’s my daddy’s name, aight? He’s older than Mike! (laughs)

SLAM: Being from Newark, NJ are you a Nets or Knicks guy?

MBJ: Not even. I’m a Baron Davis fan. Guys are getting traded so quick these days that it’s hard to be a die hard fan. I love the Nets, but they’re leaving us for Brooklyn. That means Jersey gets left with nothing.

SLAM: How did you get cast for The Wire?

MBJ: It actually kind of fell in my lap. I met with Alexa Fogel (casting director) out of New York. I actually read for the role of Bodie, but they thought I was too old. J.D. Williams was actually from Newark as well and he got the role. They brought me back for Wallace. It has been history ever since.

SLAM: It’s by far the best show I have ever seen on television. I know a lot of people who feel the same way.

MBJ: The show definitely didn’t get as many nominations or awards as it should have, but at the same time, it’s the fan’s favorite.

SLAM: Does that give you satisfaction? Knowing that those who know what’s up, really feel the show?

MBJ: Everybody knows it’s a true show. The first season was based on a true story and it grew to be this epic. It changed the way they do television shows on HBO. You know what I’m saying? Now you can see Generation Kill on HBO, a David Simon show. A lot of people are loving that show. Now, that’s the show that is going to get the love because a show like The Wire was able to go through its trials and tribulations.

SLAM: What did you do to prepare for the role of Wallace?

MBJ: At the time I was 16—five years ago. I’m from Newark, not the best place at all. I’m from the hood. Baltimore is bad too, so it wasn’t too hard. From the outside looking in, you can embody a role like that.

SLAM: I’m not sure what it was about Wallace that I liked so much. He was the guy I was really rooting for. The episode where he dies was extremely difficult to watch.

MBJ: I know, right! (laughs). That killed everybody. They always kill off the heart. It’s going to be the most gut-wrenching, the one nobody wants to see go.

SLAM: Did you know that scene was coming?

MBJ: I found out the week before. I remember reading the script prior to that and my character was on drugs—that’s never good. Two episodes later you read that Wallace gets shot and you’re like, damn. But it was definitely fun.

SLAM: Tell me about what you’re working on now.

MBJ: I just got finished writing a book called, Homeroom Heroes, it’s a four-part book series.  It’s a motivational high school book. It’s light reading, encouraging kids to go to school and to pursue education. I’m trying to give them a different perspective on school by discussing how I went through it and the little things I did during each period to try to make it fun. I’m also in a movie coming out in 2009 called Pastor Brown. It’s like a grittier version of Soul Food. It’s going to test audiences. It’s a good film.