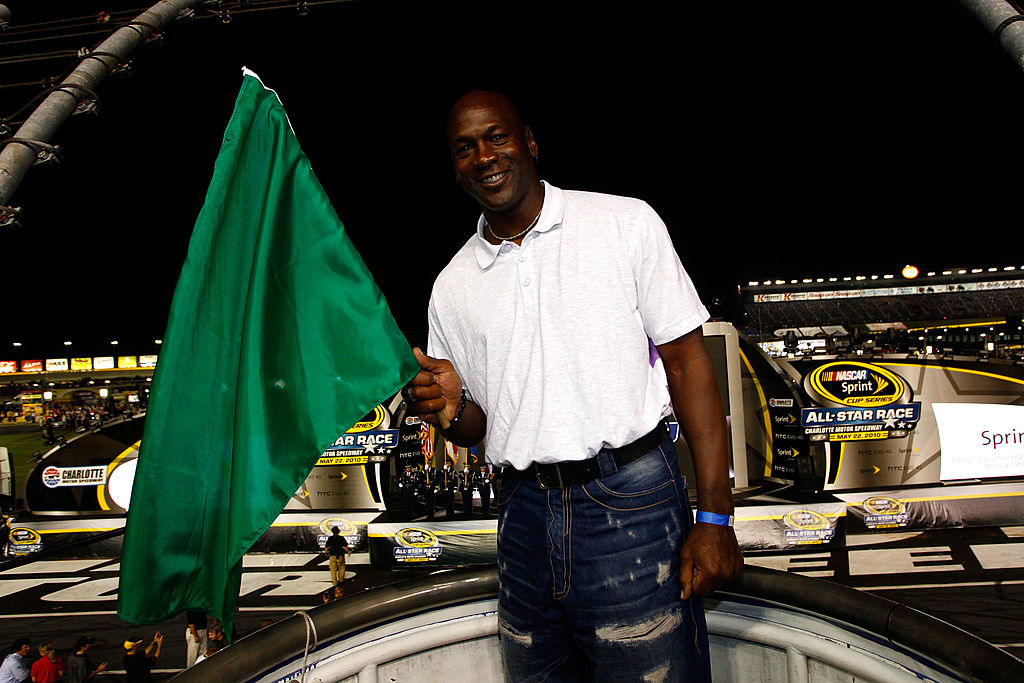 For Jordan, NASCAR is nothing new. He’s been familiar with the sport since he was a kid.

“Growing up in North Carolina, my parents would take my brothers, sisters and me to races,” Jordan said in a press release about the purchase, “and I’ve been a NASCAR fan my whole life.”

Perhaps what is most exciting about this announcement is the fact that Jordan will bring diversity to the sport as one of the only Black owners of a NASCAR team. He made sure to highlight this when the recent news was announced.

“The opportunity to own my own racing team in partnership with my friend, Denny Hamlin, and to have Bubba Wallace driving for us, is very exciting for me. Historically, NASCAR has struggled with diversity and there have been few Black owners. The timing seemed perfect as NASCAR is evolving and embracing social change more and more…In addition to the recent commitment and donations I have made to combat systemic racism, I see this as a chance to educate a new audience and open more opportunities for Black people in racing.”

Bubba Wallace Wallace is the NASCAR Cup Series’ only Black driver and is having one of the best seasons of his career. After announcing earlier this month that Wallace would not return to Richard Petty Motorsports, this new opportunity could not come at a better time.