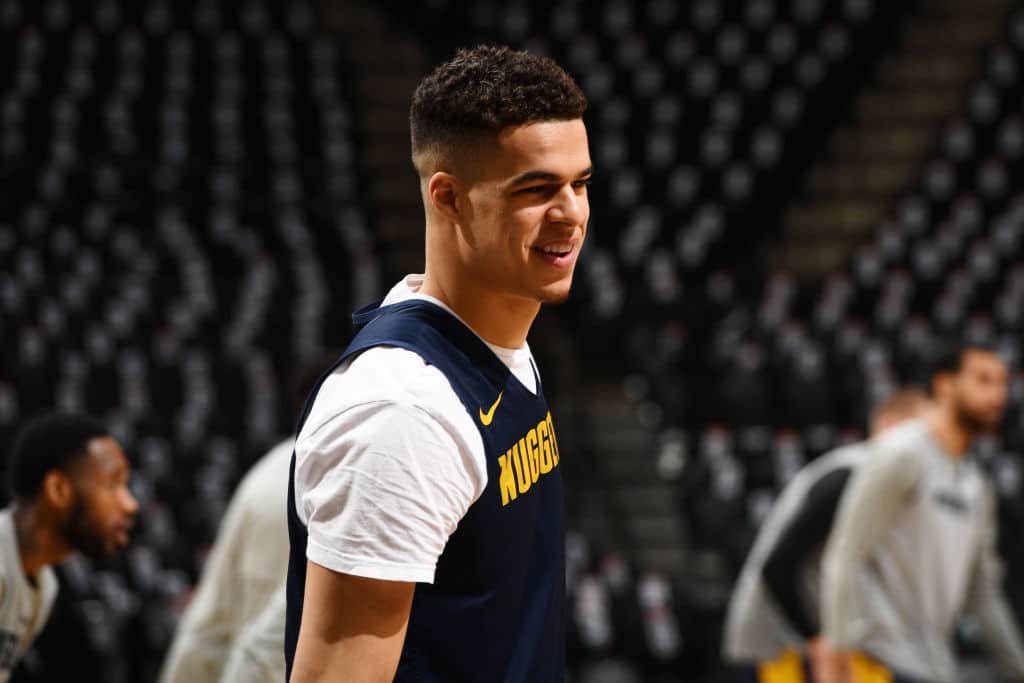 The 2018 lottery pick has played just 53 minutes of competitive basketball since leaving high school in the spring of 2017 and none since March, 2018. After an injury-shortened freshman campaign at Missouri, the tantalizing prospect entered the NBA Draft.

The Nuggets were happy to red-shirt Porter Jr. in 2018-19, giving him ample time to fully recover from his second of two back injuries prior to his first taste of competitive action in the NBA.

While Denver may have hoped Porter Jr. would get that first taste over the course of summer league play in Las Vegas, a knee sprain threw a wrench in those plans and the franchise opted to proceed with caution.

While Porter Jr. hasn’t had the chance to prove himself at the big league level, it’s important to remember that the 6’10 forward was considered a potential top-five pick as recently as the morning of the 2018 NBA Draft.

Later that evening, of course, he slipped to the formidable Nuggets at pick No. 14, setting the stage for what could end up being a considerable steal provided the 21-year-old can remain healthy.

“We love how talented he is, and we love the player he has a chance to become,” Nuggets coach Mike Malone told Singer.