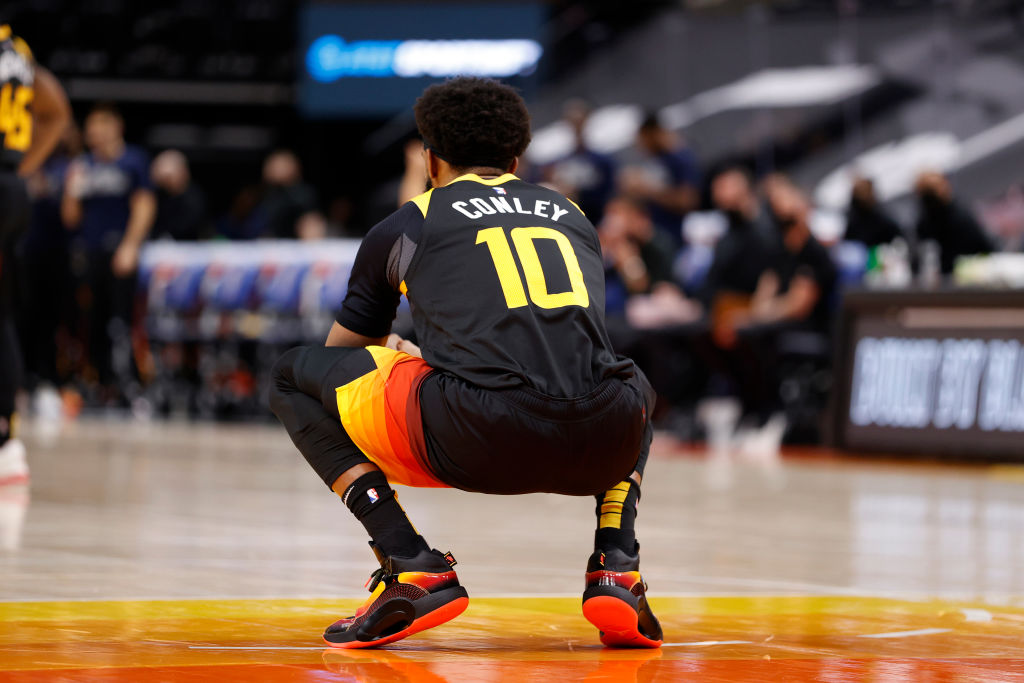 Utah Jazz point guard Mike Conley, a 14-year NBA veteran who was the fourth overall pick in the 2007 NBA Draft, has been one of the top players at his position for nearly a full decade.

However, as productive and well-respected as he’s been, it’s never resulted in an NBA All-Star nod. Perhaps it’s his understated personality or his game, which isn’t to flashy itself. It could even, reasonably, be the abundance of superstar point guards in the Western Conference, where he’s played his entire career.

Nonetheless, with how well Conley has played this season and the Jazz having the best record in the NBA (26-6, as of this writing), he thought it might be the year that he finally got over the hump. Unfortunately for Conley, when the full NBA All-Star rosters were announced earlier this week, his name wasn’t on the list of starters or reserves.

Shortly after, Conley spoke to ESPN’s Tim MacMahon and other members of the media to give his take on being snubbed and how it felt.

“Man, it was tough. I really, really thought this was the year. I joked with the guys on the team that I blame them. We should have started the year 31-0. Maybe that would have given me a chance, but I don’t know what else to do.”

Conley is averaging 16.3 points, 5.7 assists and 1.5 steals per game while shooting .420 from deep this season, with he and Sixth Man of the Year candidate Jordan Clarkson’s play a driving force behind Utah’s surge up the Western Conference standings.

Now 33-years-old, Conley won’t break into the NBA All-Star game this season and maybe he never will.

However, an NBA Finals appearance could be in his future with how well his team is playing, which is the best consolation prize he could possibly ask for. Outside of winning it all, of course.