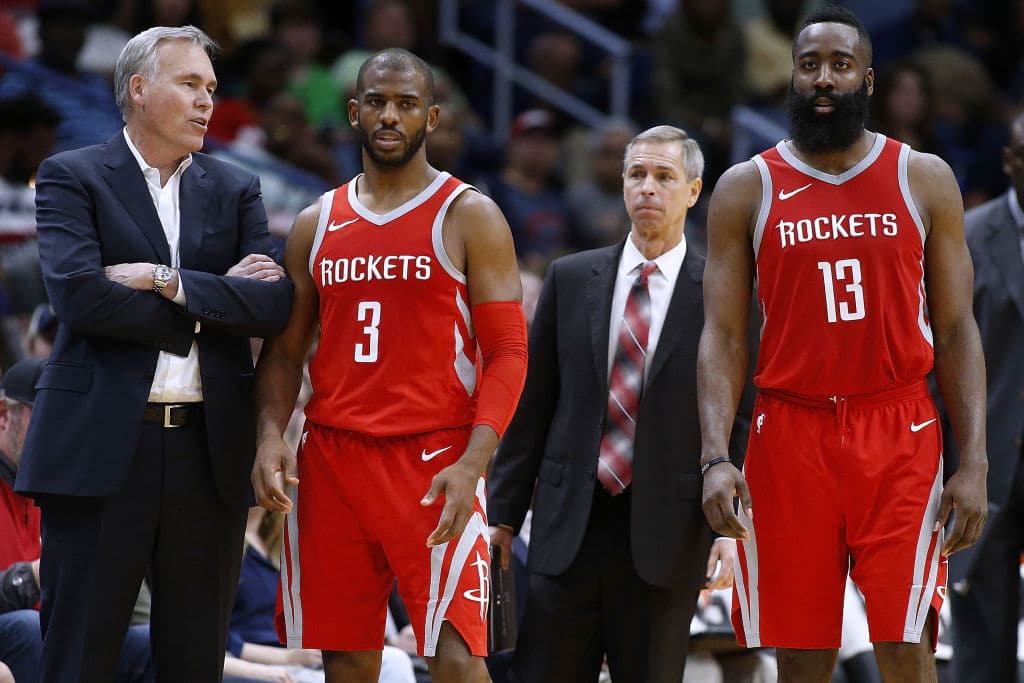 D'Antoni: Harden, Paul and Rockets' terrific season will not be diminished if Houston fails to win it all https://t.co/VkqPpzmmHG

D’Antoni also stuck up for his old Phoenix Suns teams, which faced criticism for their postseason shortcomings.

“I read something the other day [that said] sure James Harden should be the MVP, sure Chris Paul and James have been great, sure they set a franchise record [for wins by] about six games’ worth, but they’ll ultimately be judged by if they win a championship or not,” D’Antoni said before pausing. “Really? It doesn’t diminish what these guys have done.”

D’Antoni’s response came after he was asked how he celebrates the achievement of posting the best record in the regular season in the NBA compared to when he won multiple regular-season league championships as a player and coach in Europe, where they are celebrated.

“So how I celebrate is I enjoy every freaking day I go into the locker room with these guys and go on the court and all the games we’ve won and all the trips we’ve made back from games on the road back [as] winners, that’s what’s enjoyable,” D’Antoni said. “Now obviously, we would love to celebrate it with a championship, everybody would.

“But it doesn’t diminish Steve Nash and how good he was for three or four years [with the Suns] in this league. I just don’t buy into that. I don’t buy it is all about the rings because there are a lot of guys that got rings that can’t play a lick. They happened to be on the bench with some great players, so I don’t buy into that totally.”

Related
James Harden: ‘We Haven’t Done Anything Yet’