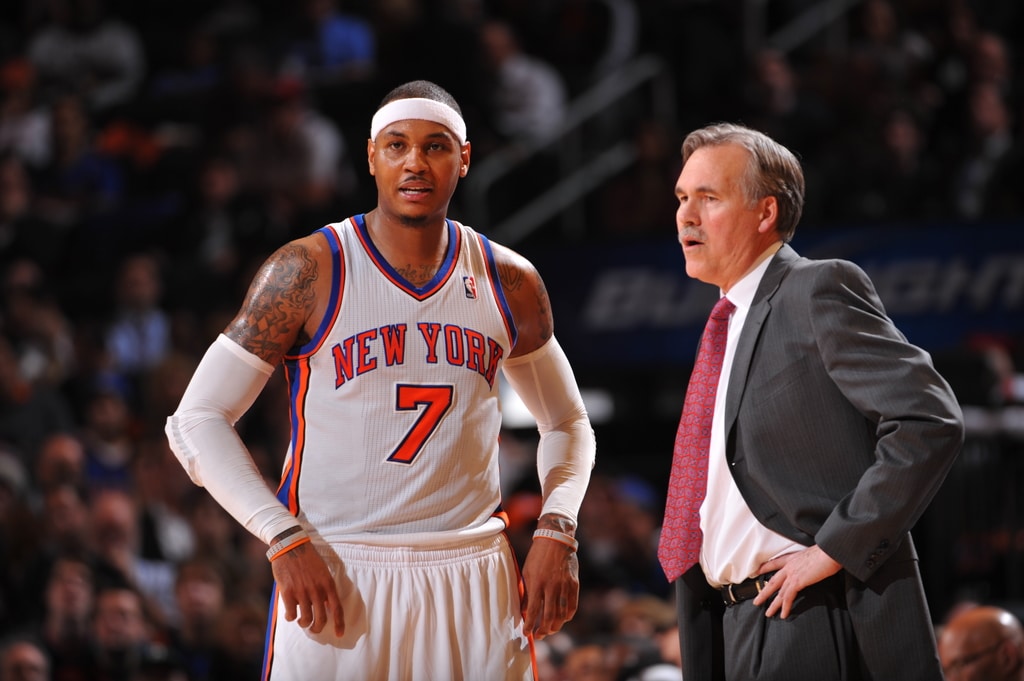 “Nothing’s been decided,” D’Antoni said. “He, like everyone else on the team, like Eric Gordon, ‘if that’s what’s best for the team, that’s what I’ll do.’

“We’ll see what performs best. What makes the best rotation and how to get the best out of them. Whether he starts or doesn’t start, and he said it, is a moot point. We’ll make that decision as we go forward. Maybe he starts the game, maybe he doesn’t. We had to make sure that everybody’s on the same page and he definitely, definitely is. We all have the same vision and want to get this thing done and beat probably the best team in NBA history. We can’t afford a misstep or take things for granted and say ‘we’ll work things out.’ When we talked about his vision and our vision and it matched up.”

With that,” D’Antoni called adding Anthony “a no-brainer.”

D’Antoni wouldn’t confirm if Anthony would start or come off the bench, but said his reunion with the 34-year-old, 10-time NBA All-Star is a “lot better fit” in H-Town than it was in New York.

More than six years after Mike D'Antoni walked away from the Knicks in large part because of Carmelo Anthony, they're together again in Houston. Will it work better this time? D'Antoni discusses with @usatodaysports https://t.co/FRR6wvMgRp

You’ve talked before about how it’s water under the bridge between you and ‘Melo, but it’s a different thing when you’re working together again. So what’s your perspective here?

D’Antoni: “Well, at different points of people’s careers or lives or circumstances, things are different. … In New York, when they gave away half the team (to Denver in the February 2011 trade that brought Anthony to the Knicks) and everybody expected us to win a championship, it really wasn’t realistic. It put a lot of pressure on everybody, and it kind of burst the pipes. I think this is totally different. We’ve got a team that is a whole bunch of veterans that really, we’ve got one thing in mind, and that’s to win a championship, and we have the possibility. We never had a blow-up before, so it’s not he wanted to play a certain way and I kind of wanted to coach another way.

“Back then, there wasn’t even analytics. I was going by my gut, and he was going by (his) gut, and it’s just, you know, styles clash. And I think now, things have changed and everybody is playing the same way. I think it’s a lot better fit and I think we have a really good chance to be really good.”